Photonics is a promising technology in almost all sectors, now and in the future. Many scientists are exploring the possibilities of this light technology. But what use is it to companies in different industries? How will they apply photonics? That is what Photonics Applications Week is all about. A week full of workshops, congresses, exhibitions, lectures and debates to show professionals from different disciplines what photonics can contribute in their sector.

The Photonics Applications Week will start on 30 September. Innovation Origins prepares you for it in a short series. Today we have a conversation with Jean-Paul Linnartz, who is leading the project ELIoT on behalf of Signify and TU Eindhoven. What light – instead of radio waves – can do for the Internet of Things is to be invented in this European project, which revolves around a technology developed by Signify that uses LiFi, a next-generation wireless communication network that sends information through light beams instead of via radio waves, as is the case with WiFi.

Jean-Paul Linnartz is a part-time full professor in the Signal Processing Systems group of the TU Eindhoven. He focuses on algorithms for intelligent lighting systems and wireless communication networks. Linnartz has more than 60 granted patents to his name. His publications on electronic watermarking, anonymous biometrics, radio communication and optical wireless communication have been quoted more than 10,000 times. His research ideas are used in three successful companies. At Signify (Philips Lighting) he leads the research for the LiFi-Venture.

“We want ELIoT to connect the Internet Things,” says Linnartz. “And we prefer to do this via light because we are convinced that this is better and safer than the usual methods that use radio waves. In other words, LiFi instead of WiFi. One of the exciting aspects is security, Linnartz says immediately. “I’m reluctant to guarantee that LiFi is ‘secure’ just because it stays in one room. Even though you do read stories that LiFi is secure as soon as you close the door behind you, but you can’t rely on it. At a time when you are going to commercialise this system, you simply have to have your cryptography done at least as well as on other systems, but it surely helps that you still have a security layer on top of that. The light stays nicely within the walls of a room, also because our windows nowadays are very insulating against infrared light. And that’s how you get that extra security layer.”

Industry 4.0
It is not for nothing that Linnartz puts so much emphasis on the importance of security. “Look at companies such as BMW, Audi, Airbus or other representatives of ‘industry 4.0“, where conveyor belt systems and autonomous robots are operating, and soon also drones for the supply of parts. If someone drives past such a factory and starts disrupting the WiFi system, the entire facility will be broke for at least 48 hours. That’s a huge cost.” What Linnartz wants to say: this could well result in a security requirement that works enormously in favour of LiFi.

Signify is very well positioned for the future communication system, says Linnartz. “Users will want higher and higher bitrates. The only way to do this is by making very small cells: using your radio signal to cover exactly the part that reaches the end-user. If you sit inside, you prefer to do so via the ceiling, outside lampposts are suitable. This can be done via light, but in principle also via 5G. In both ways, you can make bundles that bring out all the energy in the right place.”

Marconi
To explain why we nowadays focus more on density than on the widest possible coverage, Linnartz takes us to 1904. “That’s how I always explain it to my students. Guglielmo Marconi, the inventor of the wireless telegraph, was proud because he managed to send radio signals 5,000 kilometres across the Atlantic Ocean. Years later we got the medium wave. Radio Luxembourg and Radio Moscow reached the whole of Europe, hundreds of kilometres in range. With FM it became much more focused, also regional radio programs became possible. So these distances went from 5,000 kilometres to 500 kilometres to 50 kilometres. The breakthrough of the eighties, for the use of car radios, was the decision to no longer place the antennas on the highest mountain, but rather in the valley, because that’s exactly where your users are. So you go from coverage to density. Cells became smaller, in the nineties for the first time as WiFi, with which you can cover your own home, about 30 meters in other words. And Bluetooth travels from my pocket to my ear, so that’s an even shorter distance. And if you want to get even closer, making the bundle more focused is exactly the step you need. Then you see that it becomes easier to aim with light rays than it is to use radio waves to create a phased array“.

One of the reasons for this is also energy consumption. “Radio wave antennas consume a lot of energy. Yes, 5G is a lot more economical, at least if you look at the radiated energy per bit that reaches the user. But you burn an enormous amount of power in your signal processing, so even before you create a radio signal. A small photonic node in the ceiling or in a lamppost can, instead, actually be very simple, it doesn’t need all those processors, and is therefore much more energy efficient.”

Infrared
Can light signals also work in the dark? Linnartz chuckles about the question. Then, seriously: “Yes, we think that infrared even works better, for example because it takes even less energy. The whole electronics of communication works better with infrared. We still think that the ceiling and the lamp have the best location for LiFi. Outside the lamppost is ideal, but there the sunlight causes a certain amount of noise; it shoots a lot of photons around, you have to find a very weak signal between those enormous rays of light, so there too you can work much better with infrared.”

In the nineties already, an attempt was made to put infrared communication onto the market, but it was defeated by WiFi, Linnartz observes. “Why would it work now, one might rightly wonder. Well, for that we can quote Johan Cruijff, with his ‘every disadvantage has its advantage‘. At the time, we mainly wanted coverage. With a single wifi-box, one could cover an entire building, that was an advantage. But at a certain point, when it gets busier and busier, it becomes an advantage not to let the signal pass through walls. Then you can create the connection you have in one room, in the next one as well. In fact, it’s better to reuse your functionality. It used to be bits per second, but now it’s bits per second per square metre.” Outside the urban environment though, traditional radio signals still are preferred. “That’s not where the density problem lies. So radio technology is still a better option in those places.”

Higher bitrate
More density will remain the focus in the years to come. “Our desire to further increase the bit rate will be our guide in the next steps. The key to achieving this lies in bundling: the more focused your signal arrives at the user, the better it is. One of the biggest challenges of a LiFi source in the ceiling is that you spread your photons all over the room, so you have to emit a reasonable amount of photons per bit. If you are able to focus the beam better, it will be easier to raise the bitrates. This brings you closer to photonic integration, the laser beams, but then you have to have the technology to get the laser beams in exactly the right place. For a region like Brainport, claiming to be in the heart of photonics, this can be a great opportunity. We have already taken steps with a LiFi luminaire that, with a much more focused beam, currently offers a connection of 250 Mbps – the fastest commercially available LiFi connection in the world. 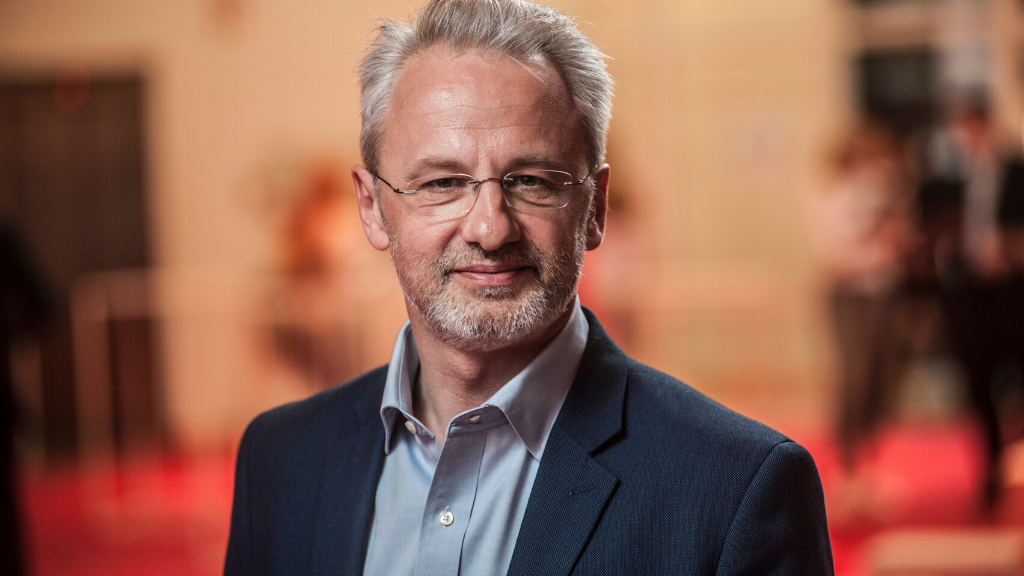 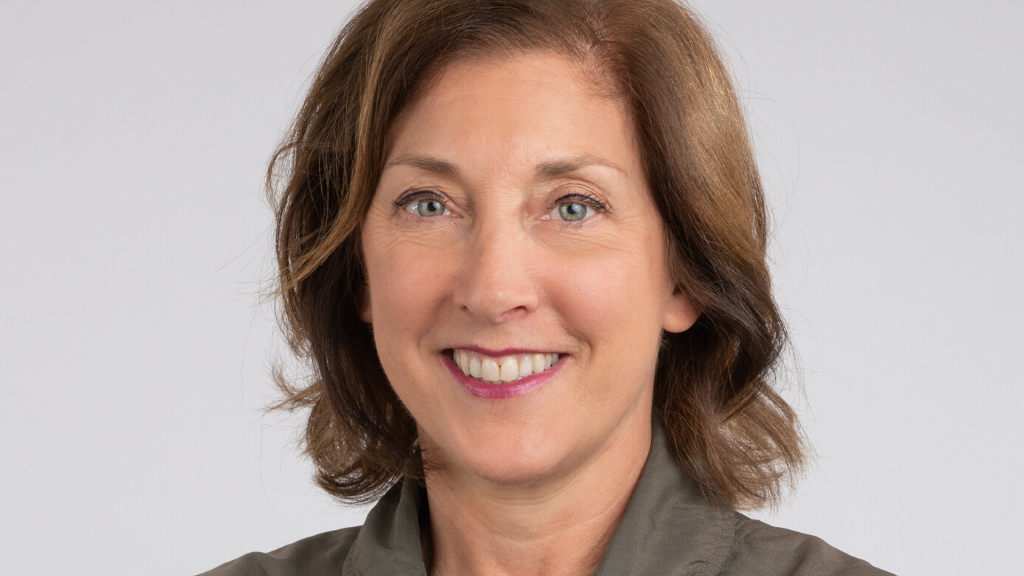 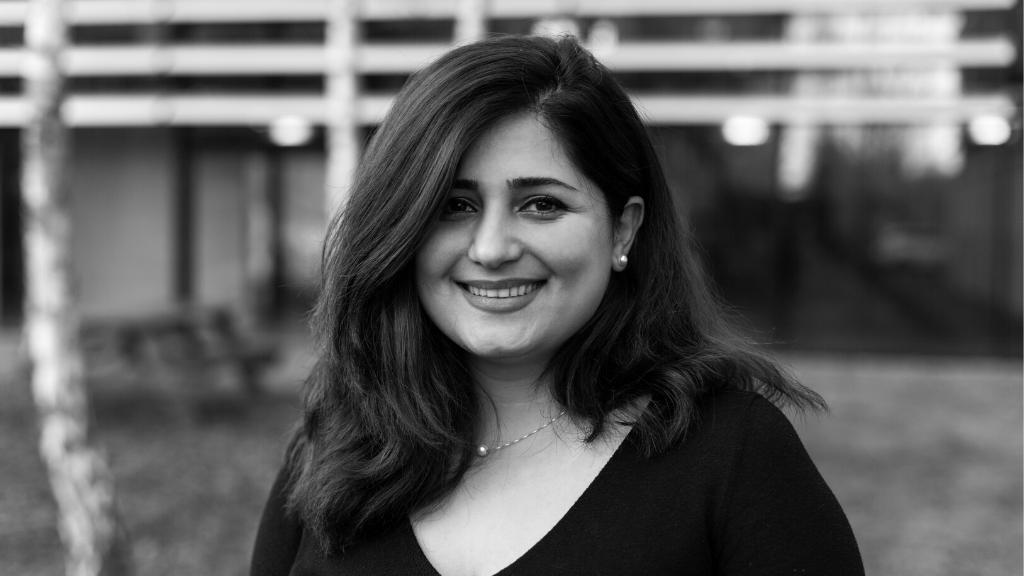 Female Tech Heroes role models #3 – Sepideh Khandan Del: ‘I wanted to prove that engineering is not only for men’ Interview 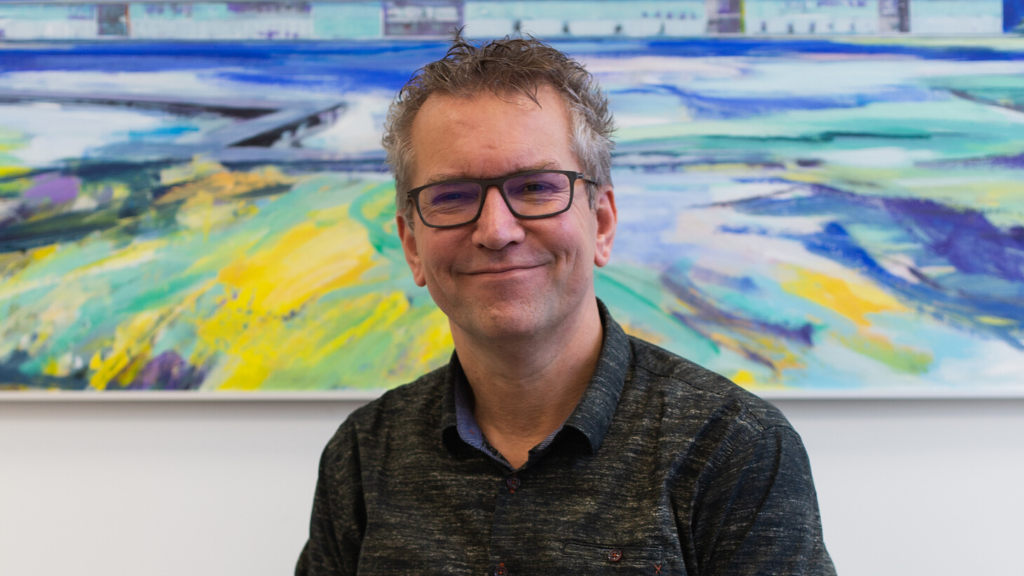 Female Tech Heroes role models #2 Hans Meeske: 'It's all about developing talent, in which gender shouldn't be an issue' Interview
More news & stories