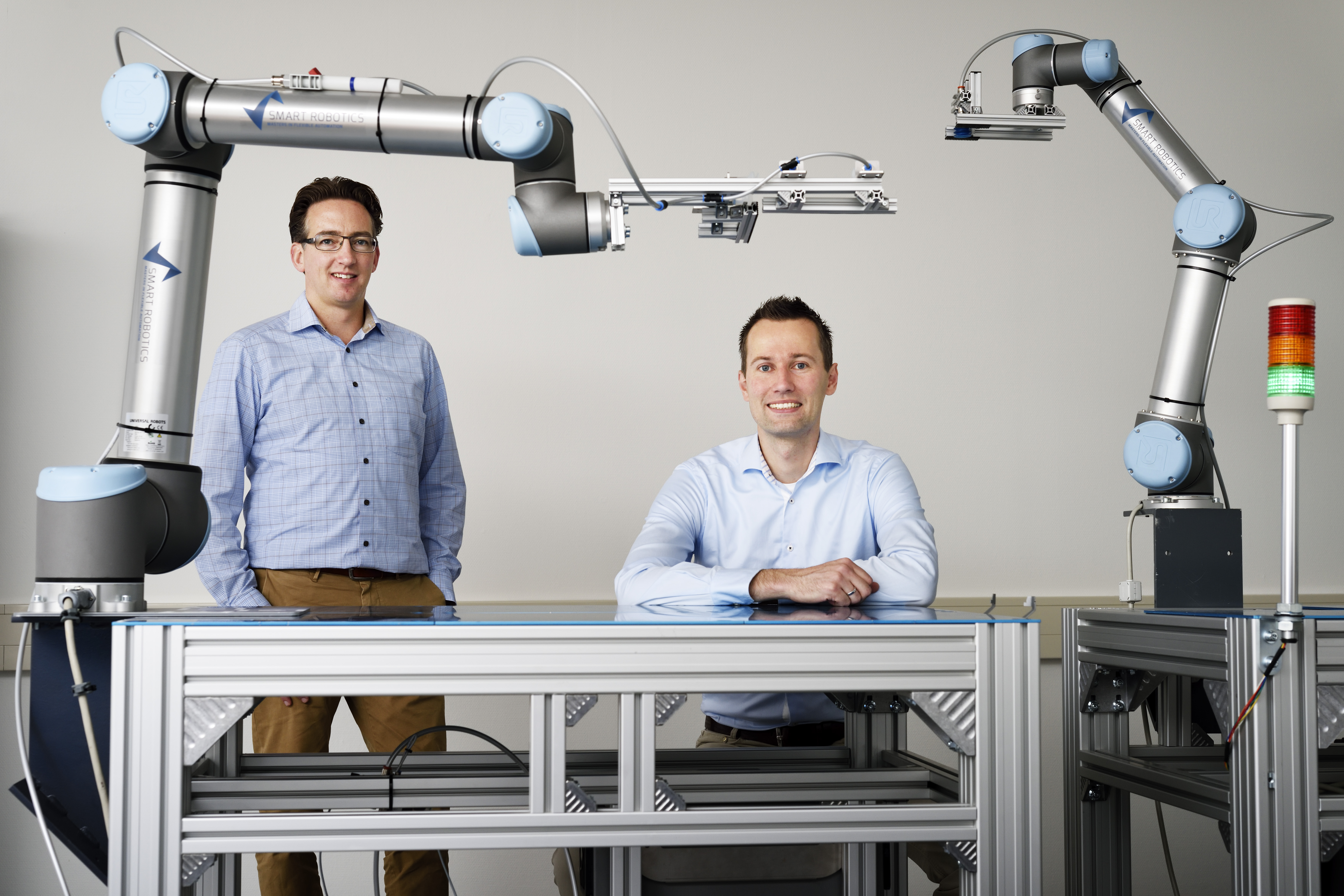 The start-ups, fast-growing companies and even OEM’s in the following list have two things in common. First: they’ve received international attention for absolute world-changing breakthroughs and second: their breeding ground is in Eindhoven, a tiny little city in the Netherlands, home of Philips and with the highest density of patent applications in the world according to Forbes.

1. Hire a robot to do the job: world’s first robot employment agency
For only 3,000 euros a month, you can hire a robot from world’s first robot employment company SmartRobotics! It enables companies to test the robot before they buy it. The robots and their software are flexible, so they can be used for different jobs. Their size (they’re small), weight (only 30 kilos) and force sensors also make them very safe to work with. SmartRobotics also started a special academy, training 30.000 people to work with robots. At least they’ll never steal your lunch. 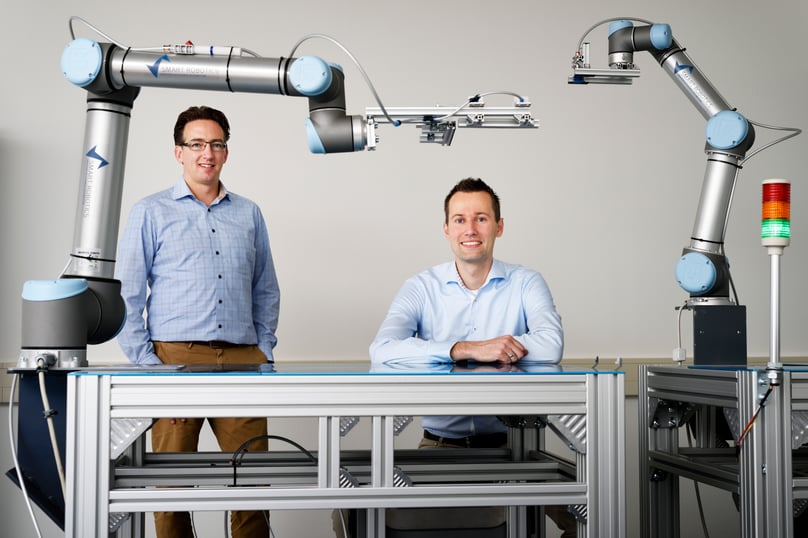 2. Accidental cancer research breakthrough from chip-maker ASML
The second one in line is a huge, but rather unexpected breakthrough. The OEM ASML is globally known for determining Moore’s Law with its photolithography systems for the semiconductor industry (you know, tiny computer chips). They were not exactly known for providing a possible breakthrough in cancer research in the medical world. Until recently… and it was by accident! In their search for a future light source for machines, researchers discovered this could possibly be used to produce medical isotopes. And that’s huge, because isotopes are used in hospitals to diagnose diseases like cancer. Currently they are produced in nuclear reactors which are old and need a lot of maintenance. Medical isotopes are therefore not always immediately available to doctors and patients. Needless to say, they will conduct further research on this amazing breakthrough. 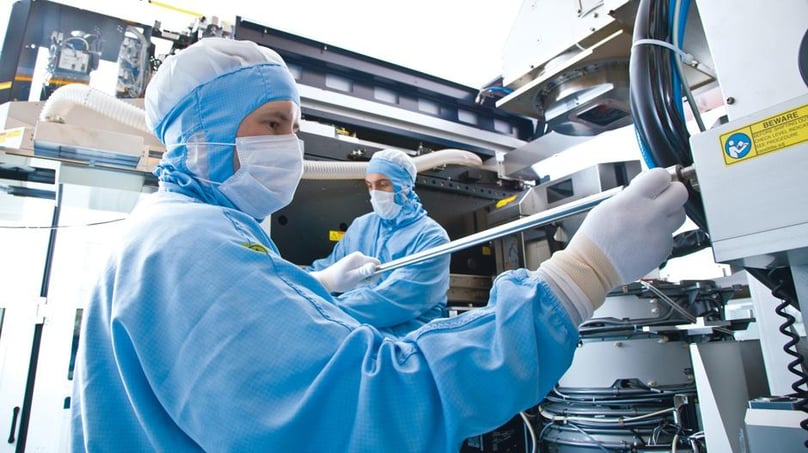 3. A radar-system for hackers tracks and blocks cyber-attacks within milliseconds (instead of months)
Last year, IBM announced them to be one of the 10 most promising start-ups worldwide and just recently they’ve received a 400.000 euro investment from a Belgian investor. So, who is this BitSensor and what are they working on? It’s a ‘radar-system’ for hackers. Currently, it takes companies up to 9 months before they find out that they have been hacked. By then, the data is already leaked. By using real-time blocking and visual insight, Dutch startup BitSensor, founded by two students from the Technical University of Eindhoven tracks cyber-attacks in a mere 50 milliseconds. That’s almost Five. Hundred. Million. Times. Faster. Just let that sink in while we move on to the next breakthrough.

4. In 2018, self-driving electric cars cruise through the streets of Eindhoven
It’s happening, and it’s happening soon. By mid-2018, Dutch startup Amber Mobility’s electric car will drive to several destinations in Eindhoven – without a chauffeur! These self-driving vehicles from the future are meant for shared commuter use through a business-to-business car sharing platform. Amber is currently being equipped with new hardware such as camera’s and radar systems from NVIDIA and smart algorithms of Microsoft. Amber Mobility has big plans: after Eindhoven, they will expand rapidly to other Dutch markets and, after that – conquer the rest of Europe. Stay tuned. 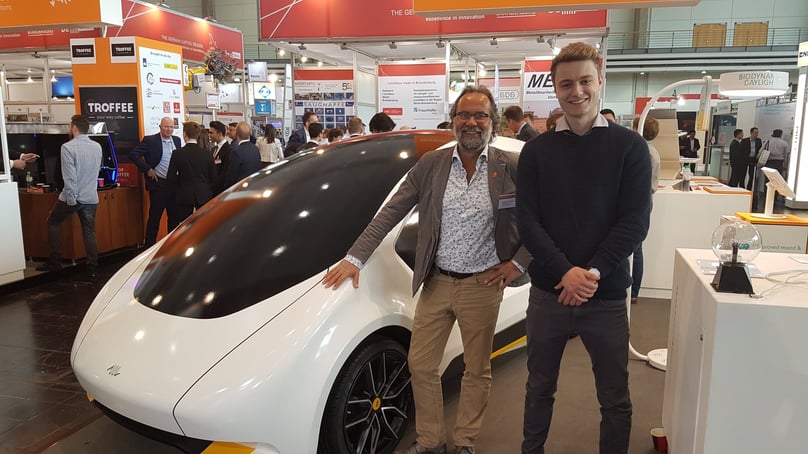 
Their promising results helped Technical University of Eindhoven spin-off Plasmacure set foot in the global medical community. Their innovative treatment method to heal chronic wounds – for example on feet of diabetic patients – is deservedly receiving a lot of international attention. A special patch (or, as they call it: pad) is attached to the wound. An electronic pulser then sends electric current to the pad, which induces the matter cold plasma which boosts wound healing. From their headquarters on the High Tech Campus in Eindhoven it is their mission to keep diabetic patients walking.

6. 36 million euro investment to reverse paralysis
Another medical related innovation… and it’s a big one. Swiss-Dutch company G-therapeutics has collected a modest 36 million euros to further develop their ‘Reversed Paralysis’ therapy, helping patients with Spinal Cord Injury and restoring their ability to walk. Their therapy (in the making) is justly considered a 2017 Breakthrough Technology according to MIT’s Technology Review. In the short term, electrical stimulation of the lumbar spinal cord reawakens the neuronal circuits that coordinate leg movements. In the long-term, rehabilitation enabled by this stimulation and cutting-edge gravity assistance promotes a reorganization of neuronal pathways. This therapy helps patients regain voluntary control of their legs.

7. No more waste with the infinite life of PET
There is no better way to explain the circular economy than to take a look at what Ioniqa Technologies is doing. With a new recycling process, this chemical company from the Eindhoven region turns a colorful mix of bottles, textiles and carpets – PET waste – back into the colorless PET raw material, prepping it for a second, third, fourth... infinite life. Talking about closing the loop.

8. New source of renewable energy
Eindhoven-based Solliance, a collaboration of universities and research institutes (such as Holst Centre) in the Netherlands, Belgium and Germany produces thin-film PV (photovoltaic) solar cells. Just recently, Solliance and Holst Centre set a world record in their roll-to-roll produced perovskite-based solar cells. They have demonstrated an industrially applicable roll-to-roll process for the production of perovskite solar cells that achieves a 12.6% conversion efficiency on the cell level. A new source of renewable energy! 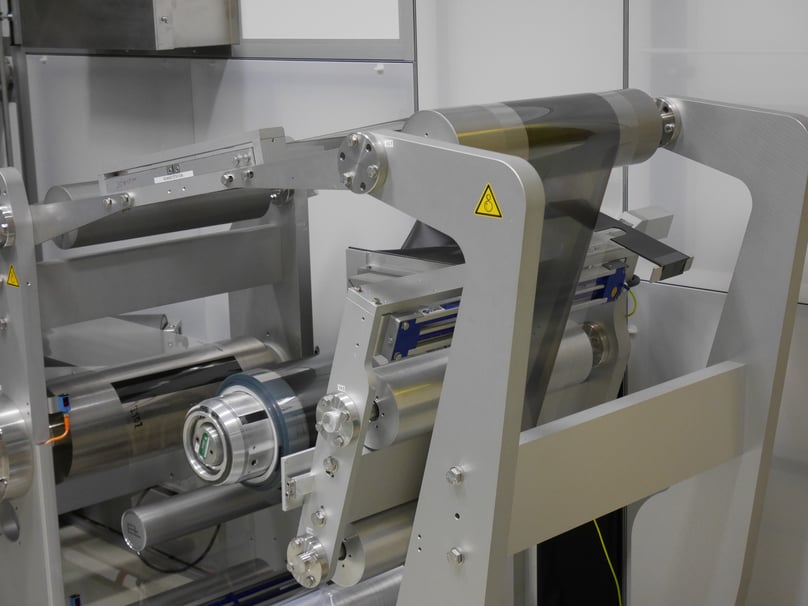 9. I'm traveling at the speed of light! Revolutionary microchip takes over the world
Don’t stop me know… I’m having such a good time! That’s what Smart Photonics must’ve been thinking, because they are sending information via light. We all know Fiber Optic Internet and television, by sending light through fiberglass with a laser. But Smart Photonics takes it a step further by producing revolutionary optical microchips that send multiple colors of light with multiple lasers. Because the semiconductors work with light instead of electronics, much more data can be sent a lot faster. Effect Photonics recently designed the first microchip and brought it to the market. Photonics is growing rapidly and it’s on its way to save the world a tremendous amount of energy. 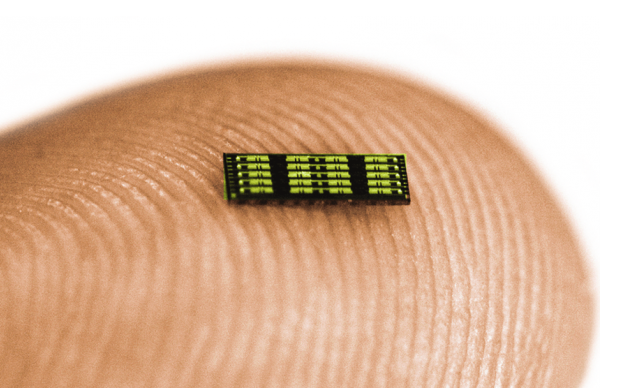 10. VR gloves to train NASA astronauts
Virtual Reality gloves. Because seeing and using your hands is essential in order for your mind to believe you are actually in virtual reality. The groundbreaking innovation – gloves with sensors – is what got Manus VR in the real-life rollercoaster they are currently in. Barely 10 months after the foundation in 2015, their glove was one of the big crowd magnets on E3. At the famous video game conference in Los Angeles they were drawing away the attention from ‘big guys’ Samsung, Microsoft, Sony and Oculus VR. Investors from all over the world were (literally!) jumping on stage to offer Manus VR their money. Right now, Manus VR is helping astronauts train for their journey by simulating the International Space-station ISS… Virtual Reality can truly bring you anywhere. 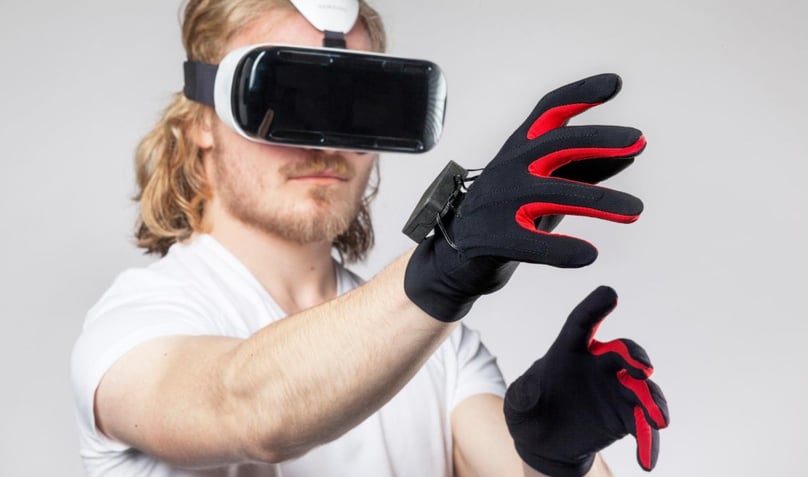 11. From Sexy to Smart: lingerie on a mission
Best Healthcare Wearable. Yes, apparently there’s an award for that. Eindhoven-based startup LifeSense Group won it in Munich last February with Carin. Who is Carin, you ask? Well, Carin is a panty, a chip and an app, and she’s helping woman to live their lives without having the fear of unvoluntary urine-loss. Especially with young mothers, this is a common problem, often causing them to stop sporting. Carin monitors and absorbs fluids. The results of the sensor are loaded into the app, which develops a program for women to train their pelvic floor muscles, helping millions of women worldwide to live their daily lives fearlessly. 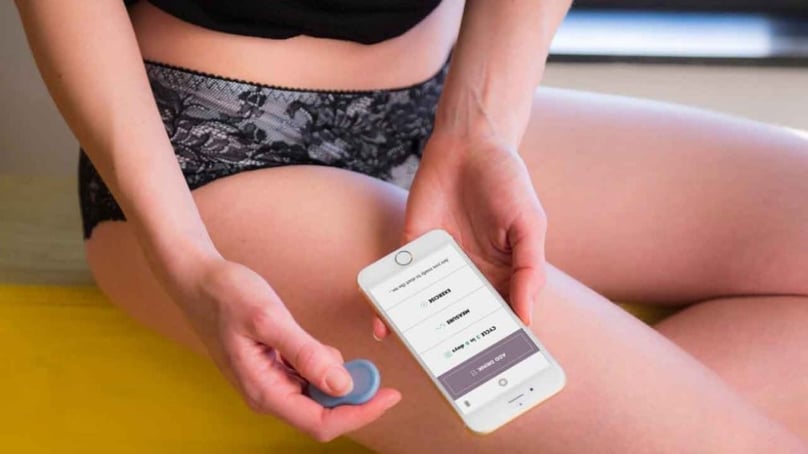 12. An indoor drone to make daily life better
Blue Jay is developing a drone to assist caregivers, in order to ensure that they have more qualitative time to spend time with their patients. With that in mind they set up a crowdfunding project to (further) develop an indoor drone. It will take care of people in their homes by helping them with daily tasks. In collaboration with Philips they developed a way for the drone to navigate through the house; special lights are mounted on the ceiling and all emit light at a different frequency in order for the drone to determine its location. This personal butler of Blue Jay is on a mission to take care of you in the near future!

13. 3D printed meat. Need I say more?
If you are on a diet: skip this mouthwatering last case. Beef, sheep, chicken and kangaroo – it’s just a few of the flavors that were tested and approved by Meat & Livestock Australia’s chef Sam Burke in Melbourne, Australia last month at the 3D food printing Conference. Yes… 3D Printing, Food and MEAT in one sentence! High Tech Campus based startup byFlow stole the show and bedazzled the visitors and the national press. They were already responsible for developing world’s first 3D Printer for real chocolate, so we are very curious what more is to come. Goodbye, summer body. 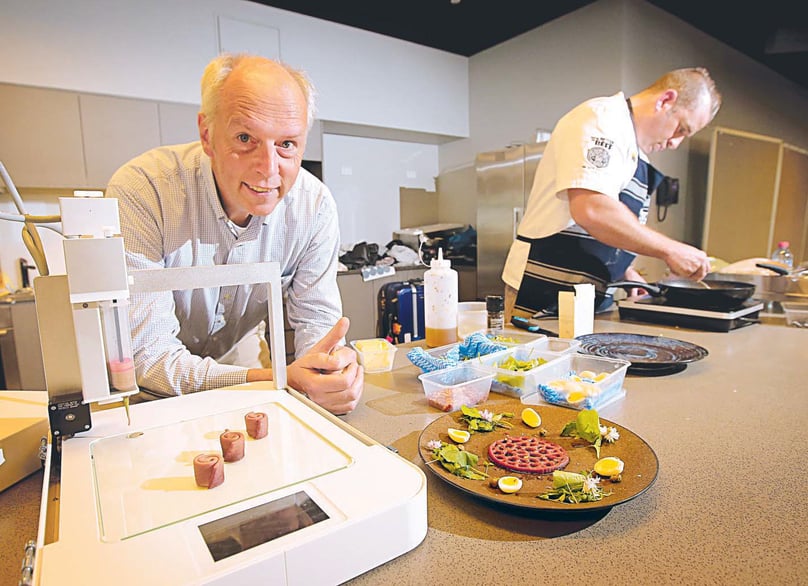