The Dutch city of Eindhoven continues to astound the world with amazing and world changing technology, improving life for both people and planet. The following 14 companies all developed technologies that makes you believe you’re reading a sci-fi novel. And they all headquarter at High Tech Campus Eindhoven.

1. AlphaBeats
Hey DJ, keep playing that song! Listening to your favourite music, while entering a zenlike alpha state at the same time. It’s a kinda magic, but it’s what AlphaBeats is all about. The start-up wants to conquer the world with its app that uses biofeedback technology and AI to help you relax. 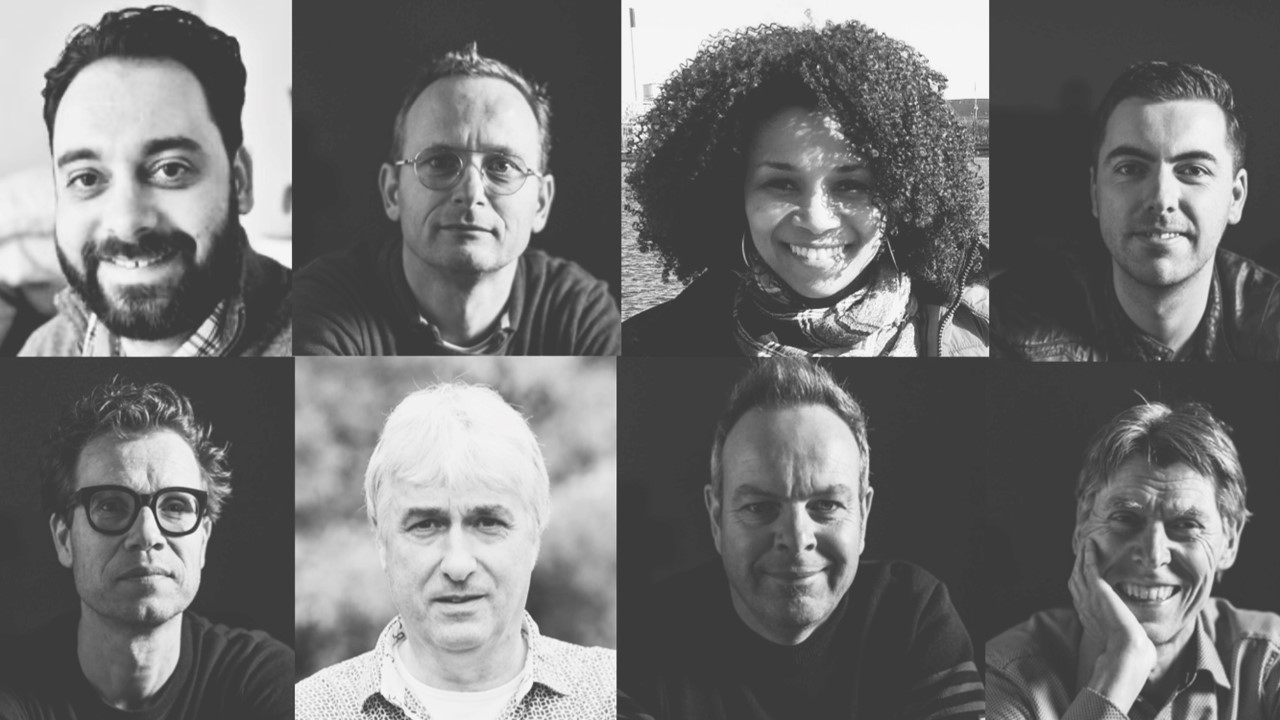 Once you’ve plugged in your earphones and started your playlist, an algorithm registers your current stress level by measuring your breath or heart rate. The app will then slightly change the quality of the music, triggering your brain to produce alpha waves. The change is so slight that you don’t notice it, but while rocking on to your music your brain has created so much alpha you’re ready to give out free hugs. ‘Our algorithm adjusts the frequency of the user’s favourite tracks and takes their brain to the relaxing alpha-mode,’ explains founder Han Dirkx. ‘The best part is you can achieve that by listening to your own favourite music for just ten minutes a day.’ To use a nineties rock classic: Everything Zen.

Last week, the HighTechXL alumnus announced that LUMO Labs is investing in their health startup.

2. Carbyon
Nothing less than reversing climate change is the heroic mission of start-up Carbyon. The founders have invented an installation that captures CO2 from the air using thin film technology. A ultra thin membrane (we’re talking 30 micrometers) is coated with a special sorbent that acts like glue to CO2 molecules. Air flowing into through the membrane is stripped from its CO2, sticking to the sorbent like bugs to flypaper. The membrane is then heated up in a separate chamber, releasing the CO2 which can then be stored underground or - if other technologies catch up - reused as resource for renewable diesel and kerosine. Green airplanes here we come! Carbyon’s solution is both brilliant and cost-effective, being about ten times cheaper than current methods of capturing CO2 from the air. 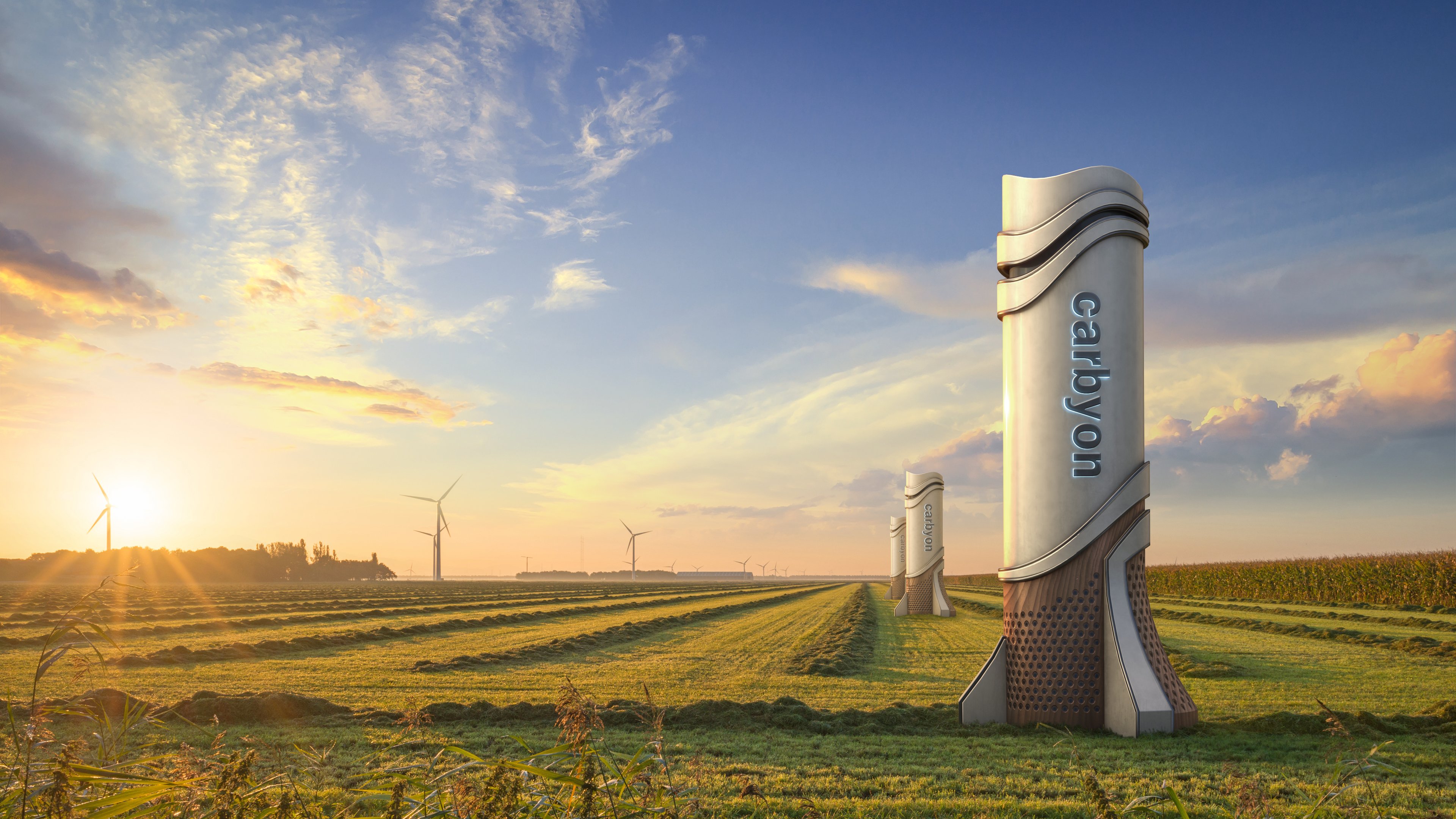 3. Sirius Medical
This med-tech scale-up is about to transform breast cancer surgery. In early stage breast cancer tumors are pinpointed for surgery by inserting a metal wire with an anchor tip into the breast. Sirius Medical innovated this rough and old-fashioned method by replacing the bulky wire with a small magnet the size of a rice grain, inserted into the tumor with a needle. During the operation the mag-net is located by a probe that looks like a big pen with a navigation algorithm inside that starts beeping once the probe is directly above the magnet - the same way the parking sensor in your car starts beeping when you’re too close to the curb. A display shows the distance to the tumor in mil-limeters, making it very easy to pinpoint the tumor.

‘Because the magnet can stay inside the breast for up to 180 days, the operation does not have to take place on the same day as the placement procedure,’ says founder Bram Schermers. ‘This gives hospitals more flexibility in their planning, leading to less costs and better health care quality.’ More than ten hospitals in different European countries are already using Sirius Medical’s Pintuition system and doctors are raving about it. The company is looking to expand its technology to the US in 2021.

4. Incooling
The coolest piece of technology - literally speaking - in Eindhoven is made by Incooling. During the HighTechXL deep-tech venture building program, the start-up has discovered a way to cool computer chips more efficiently inspired by CERN technology. Traditionally chips in data centres are cooled by blowing cold air through the servers, consuming lots of energy. Incooling’s solution is a cooling system on a small metal plate that can be screwed on top of the chip itself. A cooling liquid is pumped through tiny channels on the plate and absorbs the heat of the chip, which changes it into a gas. This phase change extracts even more heat from the chip, just like sweating does for us. ‘Perspiration that evaporates on your body is also a phase change that cools you down,’ CEO Rudy Verweij explains. Keeping the chips cool this way will also improve chip performance, Verweij says. ‘A chip is a beautiful piece of technology, like a Ferrari. But because of the old-fashioned way of cooling it’s like putting square wheels underneath it.’ Touché!

5. TouchWind
Wind turbines are green, they’re great, but they’re also expensive. A single wind turbine costs around twenty-million euro’s. TouchWind has managed to build turbines at half the cost while producing more energy. The idea is both simple and elegant. Instead of three separate blades used in conventional wind turbines, TouchWind only has one. That one blade is able to self-adjust its angle to the wind, making it fit to work even in heavy storms. Where current turbines stop at wind speeds of 25 meter per second, TouchWind can handle speeds up to 70 m/s (hence the extra energy). Another plus is that the turbine floats in the water and doesn’t require a big (and expensive) underwater foundation. The turbines produce enough wind energy to keep 10,000 households going. Wind blowing and mind blowing at the same time!

6. Zens
No more pesky phone chargers you have to carry around all the time. Just drop your phone, watch or tablet on one of Zens’ stylish charging pads and your batteries are fed with new energy - no strings attached! Zens also helped to create the Qi standard for wireless charging. ‘Like Bluetooth or USB, the Qi standard enables all the different wireless chargers and products to connect to each other,’ says co-founder Erik Plasmans. Makes Zens! 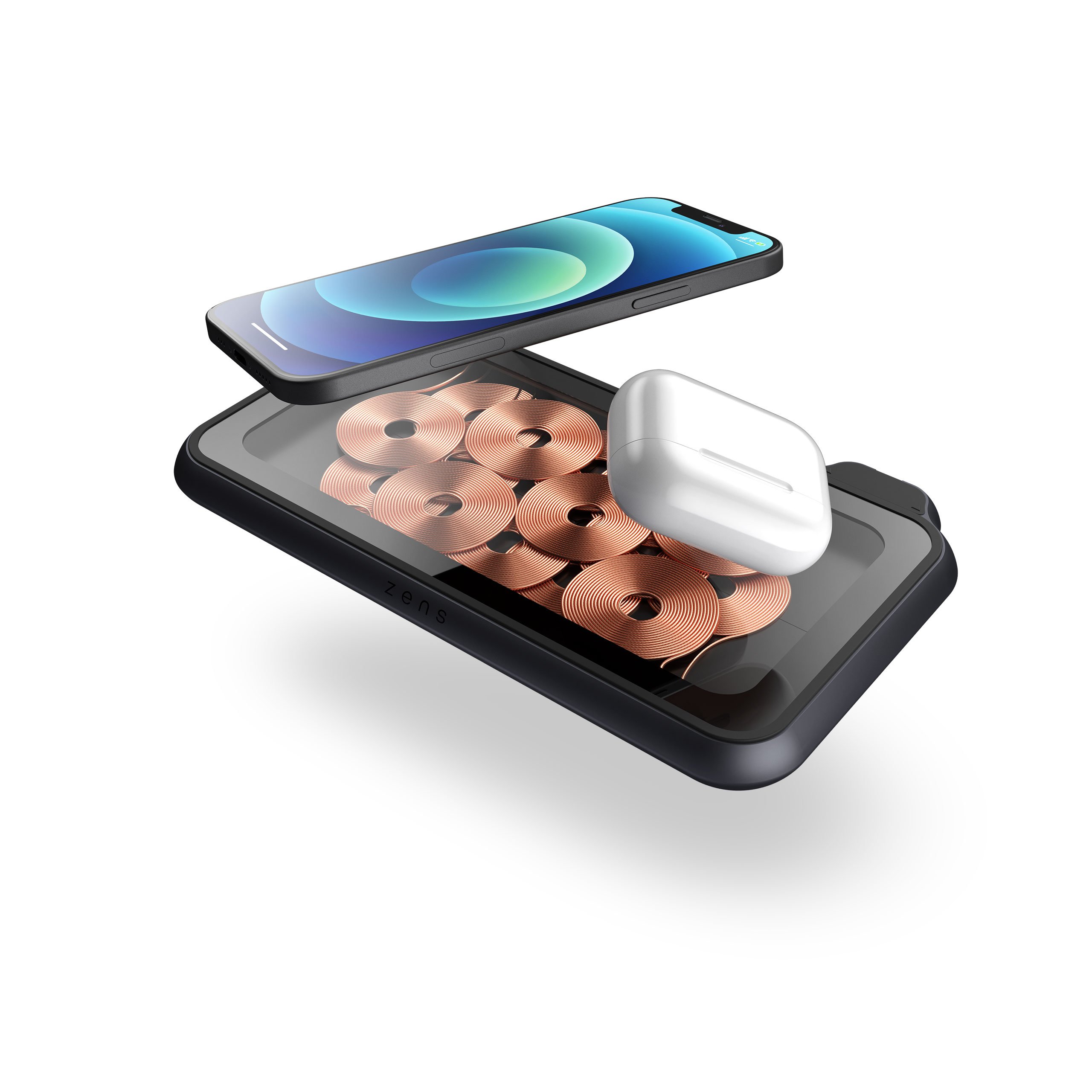 7. Fruit Punch AI
Fruit Punch AI - the idea for the company was born over a bowl of fruit punch - organizes online seminars and offline events to educate tech savvy people about the good artificial intelligence can do for the world. Their higher mission is to form a European wide AI network that can compete with China and the US. The students are not afraid to think big, as they have hosted a hackathon about solving climate change and developed their own model to predict the spread of COVID-19, all by using algorithms. Or, in their own words, using AI for Good!

8. Pharmi
The Netherlands has 11 million chronic medicine users or 65% of the population. More than 30 percent of them do not know how to use their medicines properly. (Before or after eating? Harmful or harmless with alcohol?) A shocking fact resulting in thousands of avoidable hospitalisations. Written medicine instructions are often lengthy and difficult to understand and online sources can be unreliable. Time to digitalise the pharmacy, the founders of Pharmi thought.

They created a user-friendly app that informs the patient with easy to understand tutorials and video’s about how to use their drugs. They’ve even created a friendly (and pretty) chatbot that can answer questions with empathy. Pharmi also provides the human pharmacist or doctor with a dashboard to track their patients online and monitor their progress.

9. SALDtech
Atmospheric Pressure Spatial Atomic Layer Deposition. Apart from a great scrabble word it’s also a breakthrough in electronic display technology. SALDtech, the company that coined the phrase (and the technology), uses it to produce so-called ‘large area ultra-thin layers’ that appear as displays in your smartphone, tablet, TV and car. Think flexible, rollable and foldable screens that can make a tablet fit in your pocket. It’s been talked about for years, but SALDtech is finally making mass production possible. The technology is more than ten years in the making is a spin-off from Holst Centre and TNO (i.e. very smart people). 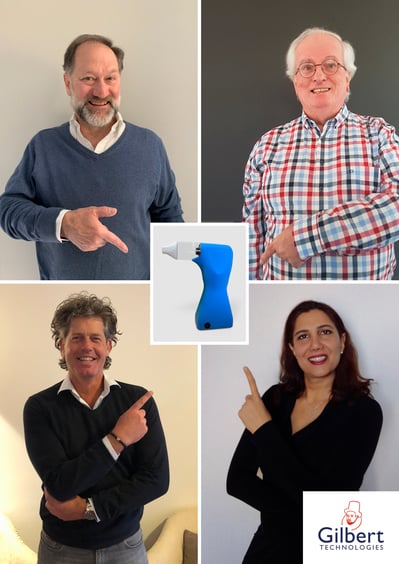 Producing an electric field at the nozzle of the inhaler EHDA makes it possible to vary the droplet size, creating a tailor-made spray or ‘soft mist’ that can be administered to specific parts of the lung. It makes the treatment of lung conditions more effective and also increases ease for the patient, as the soft mist is more comfortable to inhale than dry powder.

11. EZ Factory
‘Power to the operator!’ is the slogan of EZ Factory, a company dedicated to digitising the factory floor. Factory operators perform hundreds of tasks each day. Their checklists and instructions are usually written down in paper documents that are difficult to find and hardly ever consulted. How old-fashioned! EZ Factory uploads all that information into their user friendly app, making life easier for factory operators who only have to glance at their tablet to see which task is next and how it should be performed. Their digital solution is greeted with enthusiasm by operators everywhere, including companies like Heineken, Verkade, Douwe Egberts and Friesland Campina.

12. 5G Hub Eindhoven
A new generation of technology is here, introducing autonomous driving, IoT applications and remote surgery to name but a few. 5G Hub Eindhoven is a consortium of High Tech Campus Eindhoven, VodafoneZiggo, Ericsson and Brainport Development that showcases and highlights demo’s and use cases about 5G and other technologies (for instance, they also have a race car and have been doing tests with a millisecond clock). ‘We’re creating an ecosystem of companies and organisations to create innovative solutions for society,’ says Letícia Batista, community manager for 5G Hub Eindhoven. ‘Our main focus is that people get to know each other and learn from each other.’ 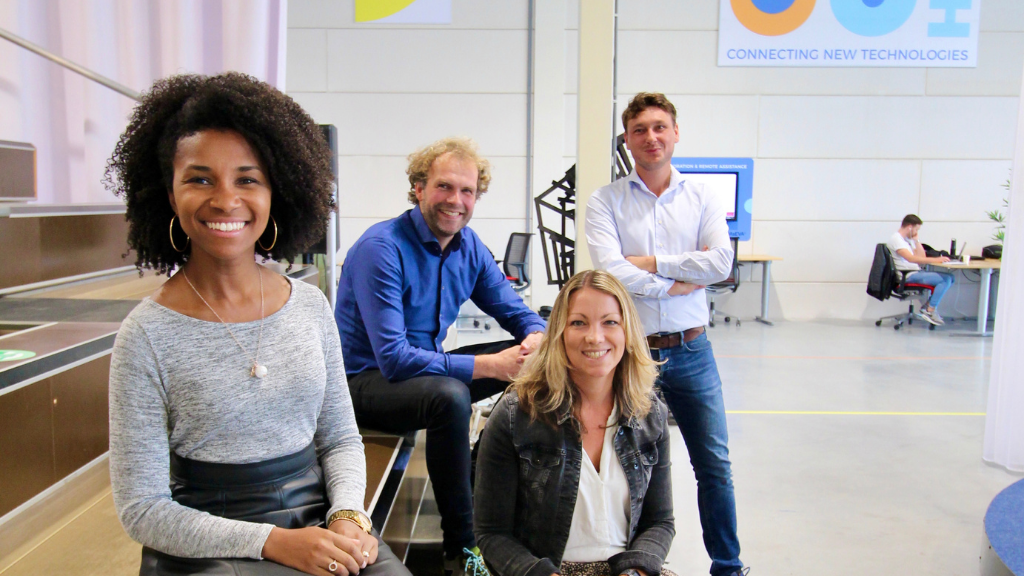 13. Antenna Company
It doesn’t come as a big surprise that Antenna Company makes antennas. But not just any antennas. The cool thing about them is that their co-founder Johan Gielis was inspired by nature and the way plants grow to create a mathematical formula that describes the formation of complex shapes. His formula is used to design ‘geometry based’ antenna’s for 5G, Enterprise, Consumer and IoT applications. Because their antennas are made from a malleable polymer material their shape can be tailor-made, resulting in a superior performance in gain, efficiency, directivity, polarisation and shape. So tune in and tune up!

14. Bistroo
Ordering food online has skyrocketed during the pandemic. Bistroo has created an online food ordering platform that goes the extra mile to support restaurant owners in these difficult times. Charging low order commissions - even zero during the lockdown - Bistroo’s proposition is good news for restaurant owners. Their intuitive ranking and verified review system make their platform more honest, reliable and abuse proof. 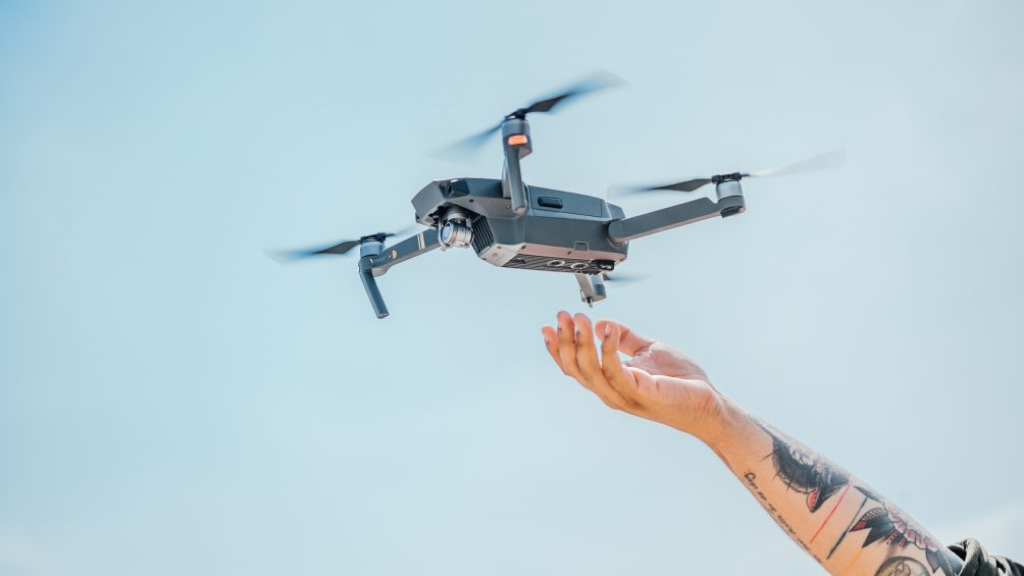 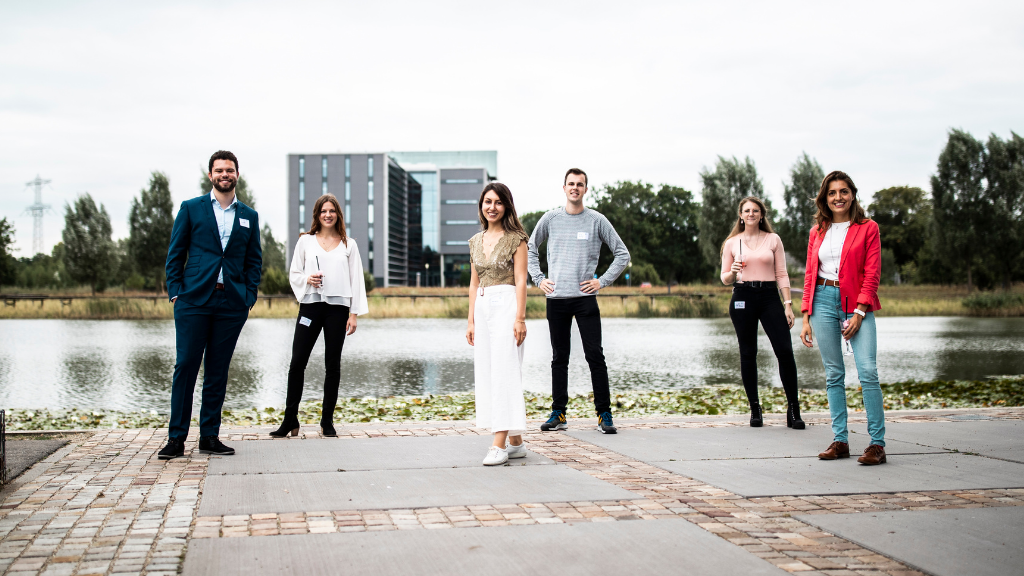