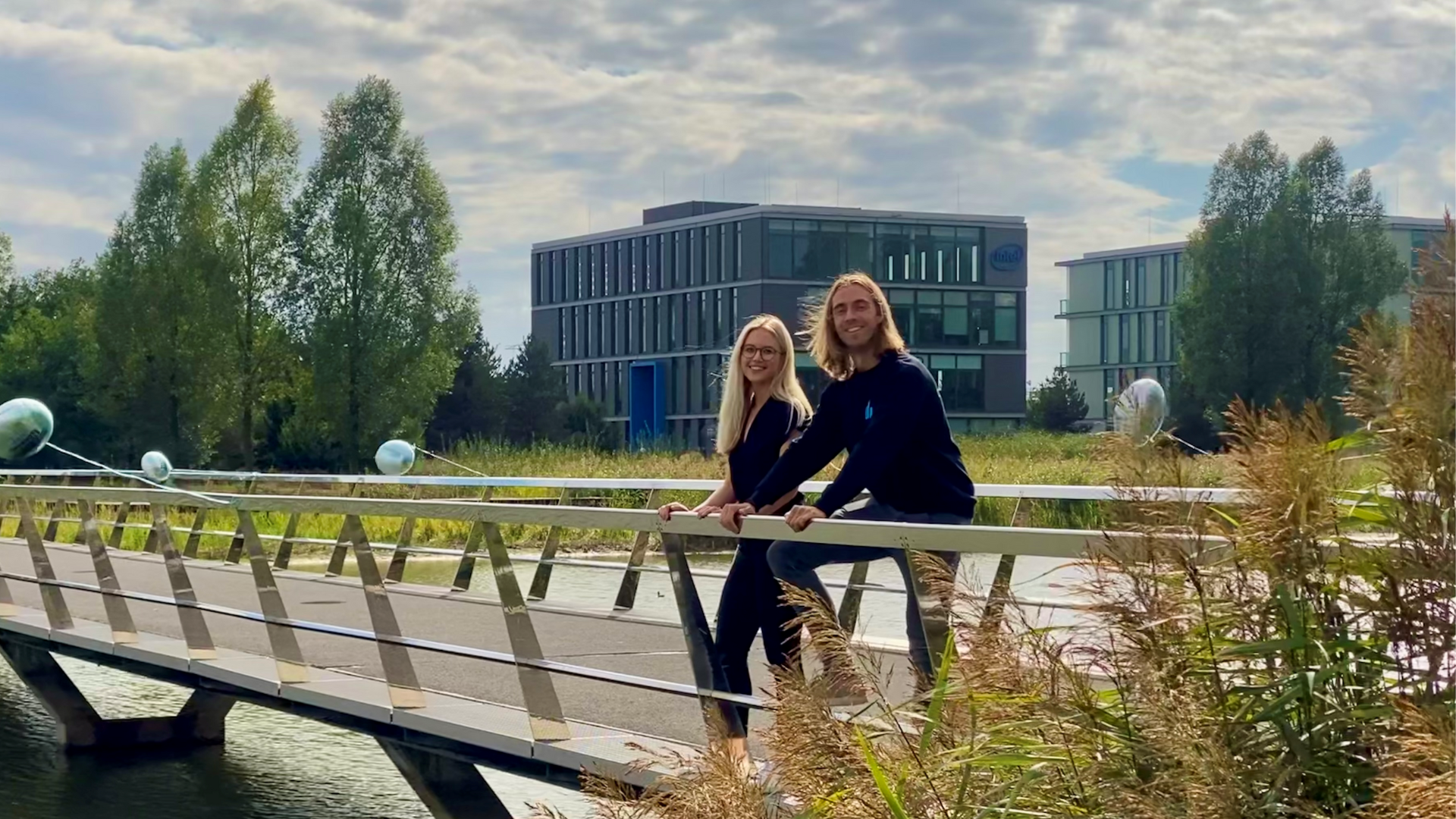 If you talk to the co-founders of Campus startup Autoscriber, they will tell you the biggest revolution in healthcare will be data-driven. “The moment you talk to your doctor and say, ‘I have a headache,’ artificial intelligence will start to mine your whole medical history. It will compare it to other people with your genetic background to calculate what is the most likely diagnosis,” said Koen Bonenkamp, one of two Autoscriber co-founders. This is the company’s vision behind its software.

Autoscriber strives to create better predictive, personalized medicine in the long term. In the near term, its software will solve a very practical issue for doctors by easing some of the burden of administration and note-taking.

The company’s software records and transcribes a doctor’s conversation with a patient. In real-time, it automatically fills in various fields in the patient’s electronic health record and summarizes the important medical terminology, symptoms and diagnostic keywords in the patient’s file.

The solution eliminates the need for doctors to take consultation notes, allowing them to focus on listening to a patient and having more time for a patient’s care. Autoscriber’s software can also capture more information from the conversation than simple notetaking. Details that could seem irrelevant or just idle small talk, like a recent vacation or increased work stress, can be recorded and used to make a more precise diagnosis.

“Our whole vision is to allow doctors to do what they really want to do and signed up to do, namely caring for patients. It’s what the doctors do best,” said Jacqueline Kazmaier, Autoscriber co-founder. “On the other hand, our solution lets computers do what computers do best. And that’s repetitive tasks of collecting and crunching data that humans are notoriously bad at.”

“Our software can do something that doctors can’t do while they’re diagnosing you: filter through your entire medical history and that of other similar patients to inform the decision on how to proceed,” she said.

Currently, doctors are expected to take notes and log information in a patient’s electronic medical record during the consultation. “In one of the current systems in use, it takes a doctor seven clicks to log ‘chest pain’ as a patient’s symptom. And then the doctor has to do that for every single symptom that’s reported. It’s just not feasible to ask doctors to do that,” says Kazmaier. “A doctor can’t take notes in this manner and also properly listen to a patient.”

Autoscriber isn’t just a standard transcription software. Not only is it dealing with sensitive medical information, but a lot is going on in the background. The system doesn’t just record a symptom and other medical terminology in text and layman's terms. Each term is encoded with the official international codes used in electronic health records that allow the terms to be searched and analyzed. This high quality encoded data can lead to improved analysis and analytics dashboards that allow doctors to make better decisions for their patients.

Autoscriber’s application is currently in use at three hospitals and they will soon support general practitioner practices as well. It is already freeing up the time of doctors and creating more robust electronic health records. However, the AI database still needs much more data to be able to achieve the long-term goals of making personalized predictions for each patient. As the company expands its base of customers, more data will be collected and AI capabilities will become more sophisticated.

The company’s solution is relevant to any hospital in the world, but Autoscriber isn’t rushing to the U.S. market like most startups. Instead, Autoscriber has its sights set on the European market. The app is currently focused on the Dutch-speaking market. Within the next 18 months, the company plans to launch in Germany, and afterward it will target markets such as Spain and France, where the language covers a large area. Other competing solutions don’t support these languages and Autoscriber plans to be a first-mover in these European markets. Others have seen the value in Autoscriber’s vision and signed on as partners. The company works closely with Leiden University Medical Center, which gives direct market access as well as important medical insight. Autoscriber has also partnered with Google Cloud Healthcare to showcase its software as an innovation running in a hospital cloud setting.

Venture builder/early stage fund LUMO Labs, based at HTCE, invested in Autoscriber in September 2021 through its LUMO Fund II TTT.AI B.V. “The problem Autoscriber is solving is universal: reducing time and money spent on repetitive, administrative tasks by physicians while increasing transparency, comprehensibility and human interaction,” said LUMO Labs founding partner Andy Lürling at the time. “Their solution is dynamic and highly scalable because of the strong technological and human-centered set-up.”

Autoscriber has achieved all this with a small and dispersed team. The team has truly embraced the remote work culture as part of the development team is based in South Africa, while the rest of the team calls High Tech Campus Eindhoven home base.

Working with sensitive medical data, Autoscriber has found that being associated with the Campus and the area’s ecosystem helps to foster a basic level of trust and establish its initial credibility. By sharing the same space, they’ve also connected with other startups that share some of the same challenges. “The Campus lowers the barrier a little bit. It creates a vibe like we’re on one ship together and we help each other out,” says Bonenkamp.

That’s important as Autoscriber navigates the challenges of being a startup with big goals. The company’s vision doesn’t just stop at the patient level. The AI they are developing could also contribute to better preventative care and improved predictive analytics on a national level. With the widespread adoption of Autoscriber’s software, “you would immediately see a spike in specific symptoms in certain areas in real-time,” states Bonenkamp. “Our type of technology might be a big enabler in catching pandemics before they even become a pandemic.”

That’s a bold statement, but Autoscriber has demonstrated they have the unique software and the established partnerships to make it happen. That’s how they are carving a future for data-driven healthcare on High Tech Campus.