If you’re a woman in tech, Carmen van Vilsteren is a rock star and a role model, celebrated for kicking open C-suite doors in the Dutch corporate world previously closed to women. And that’s just the beginning. Carmen van Vilsteren influenced nearly every aspect of Eindhoven’s innovation ecosystem as an engineer, as an entrepreneur, as a teacher, as a mentor and – lately – as an investor. So, it’s not what she’s doing now… it’s what hasn’t she done?

Carmen has always been a supporter of Fe+male Tech Heroes. In this interview, she tells how she broke through the glass ceiling of the corporate world and recently landed on the InspiringFifty award list of the most influential and inspiring women in deep tech. 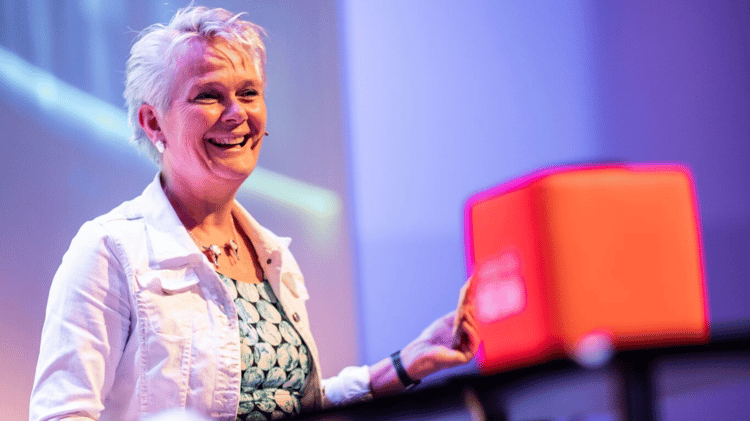 In high school and university, women made up about 10 percent of my classes, and that was a surprise for me. When I started at Philips, women were even more rare. I started in Best at Philips Medical Systems. And I was leading a team with mostly males. Then, I also became group leader of 30 people with zero females. I had two roles: I was still the project manager and I was the group leader. So, I hired a replacement for myself as a project leader. And I hired a female, one of the first females in my group. Then I moved up to become the overall R&D manager.

I had 150 full-time employees … but only one female project leader in addition to a couple of female secretaries. About three years later, I had between five and 10 highly qualified females on the team, and I was careful not to practice “positive” discrimination. I did not recruit females specifically, but they just came over and said, “I have all the qualifications, and I would like to work in your department.” There was a very limited number of females. And then if you consider that I was 23, maybe 24 at that time, I predominantly worked with teams of minimal diversity, which, not surprisingly, consisted of elderly white men who actually sometimes called me “meisje,” meaning “little girl.”

Meisje! So, how did you handle that?
To be honest, I had no clue how to react. So, every time that happened, I must have either not reacted or I reacted quite aggressively. Only later when I had more experience did I realize I could handle this in a cooler way.  A friend of mine said, “You’ve got to make a joke about it.” That was her way of handling this, and for a while I embraced that, too. But eventually I left Philips not only because of the lack of diversity, but also because I was not part of the Old Boys Club, which made it hard to climb up the ladder.

Do you think things have changed?
I can’t say with certainty how many females are now in that R&D department. I know Philips has brought on more females in higher positions. Through my other involvement at the TU/e, I can see massive activity in promoting diversity and that’s apparent with their latest diversity programs. I think there is less gender inequality than 40 years ago, but it’s not gone. Not by far.

When you realized as a high school student that you had the math skills and everything to become an engineer, were your parents supportive?

My parents didn’t have a university education. My mother was extremely clever, but she never had the opportunity to go to university. So, they decided to promote good education for all their kids. I was the first to attend university, and I have the highest education in my family. Though my close family was supportive, not everyone around me was. And unfortunately, it still happens today. Forty years have passed and that’s still the case. That’s unbelievable and unacceptable!

What about in the startup world?
When I was a CEO of a startup company, a robotics firm for microsurgery, I came across a research paper stating 0.8 percent of total investment capital was distributed to female CEOs. 0.8%! That was discouraging! Fast forward to now. I was discussing this with a female CEO in the life sciences and health domain who is fundraising. She said, “I went to my team and said, ‘Are you sure you still want me to be CEO? Because I'm 100-percent sure that if I was replaced by a male CEO, we would have been funded by now.’” You don’t do that unless you’re sure.

And what happened?
The team asked her to stay.

It seems you’re hopeful and discouraged at the same time by the rate of change.
To be honest, I sometimes think that things have improved. And sometimes I’m really disappointed because it’s not improved at all. For instance, I heard a year ago from female students from a technical university – students here in Eindhoven – who said, “Well, it still happens if we are in a working group, with (mostly) male students. When I say anything about the way we communicate in the group, I get, ‘Well, you have to shut up because you’re a young female and that’s the minority. Get used to the culture.’”

I was in the commission to improve the number of females at TU Delft 40 years ago. So, my expectation then was that within 40 years, it would have improved. And it’s still not so much. Sure, there are more females. But still, we are teaching our children very traditional roles in many, many ways, sometimes without even being conscious about it. We need to teach them to be more confident and independent. Young women are still intimidated by those “get used to it” comments. 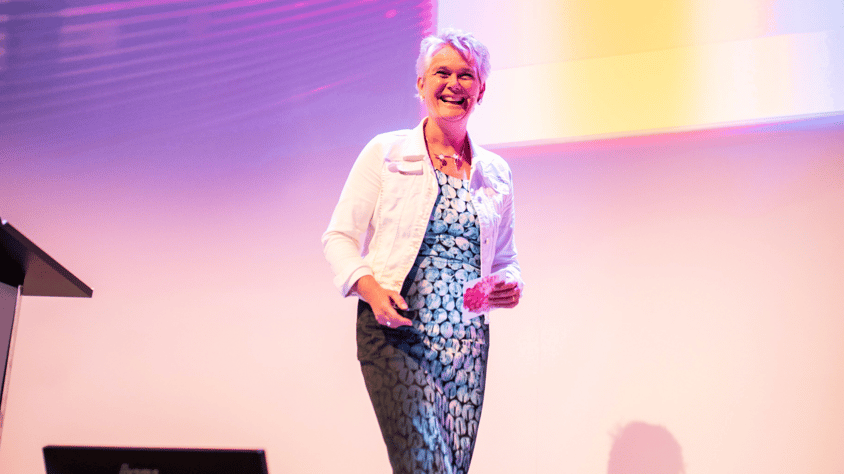 You’ve mentored many women throughout your life. But lately you’ve invested in a female, first-time entrepreneur…
I had already coached her for two years. She was setting up her company, and she was in the life sciences and health program to support entrepreneurs. I knew she had experienced all the same struggles. For two years she had been struggling to get the first investor on board. I had an exit of one of the companies in my portfolio, and that freed up some capital. I wanted to allocate it to making a change. I believed in the idea, the innovation, the entrepreneur and most importantly, I wanted to help others overcome the same challenges I had faced, possibly due to my gender. So, I told her, “I'm going to be your first investor.” I decided to continue with it and reinvest in the startup scene a bit, and I want to predominantly support female CEOs.

What’s the most important thing you can do for her?

I think it's two things. I can support her in all kinds of key decisions. She doesn't have experience. I help her with my network. And I help her with my reputation in the field. I have startup experience. I have bigger company experience. Actually, she was talking for months to an investor to get a letter of support she needed for European projects. And the investor was hesitant to give it to her. When she said I was considering investing in her company, she had a letter within an hour. I've been doing that during my whole career. I've always said “yes” to females wanting to network with me. No matter how busy I am, the answer is always, “Yes.” 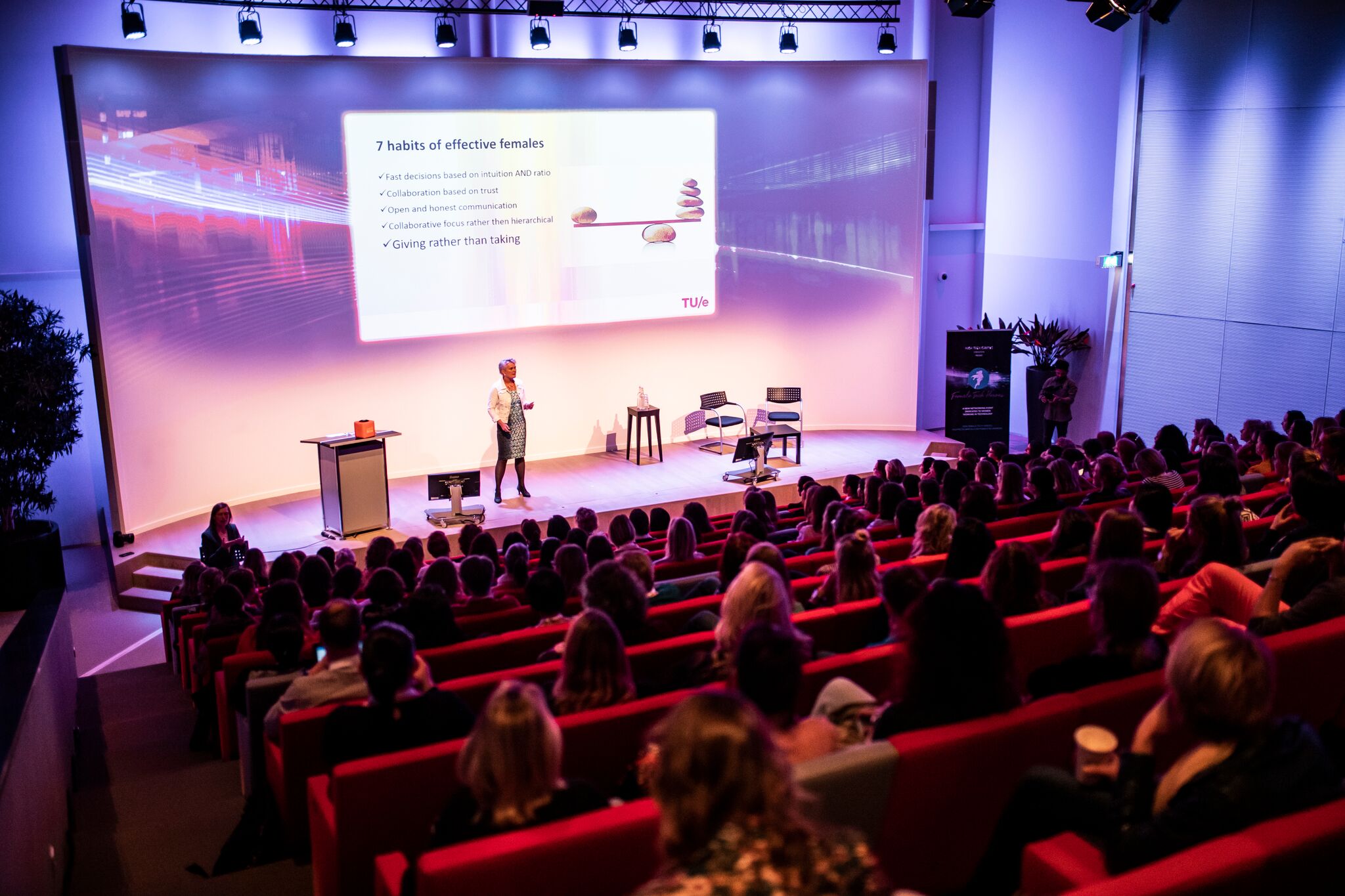