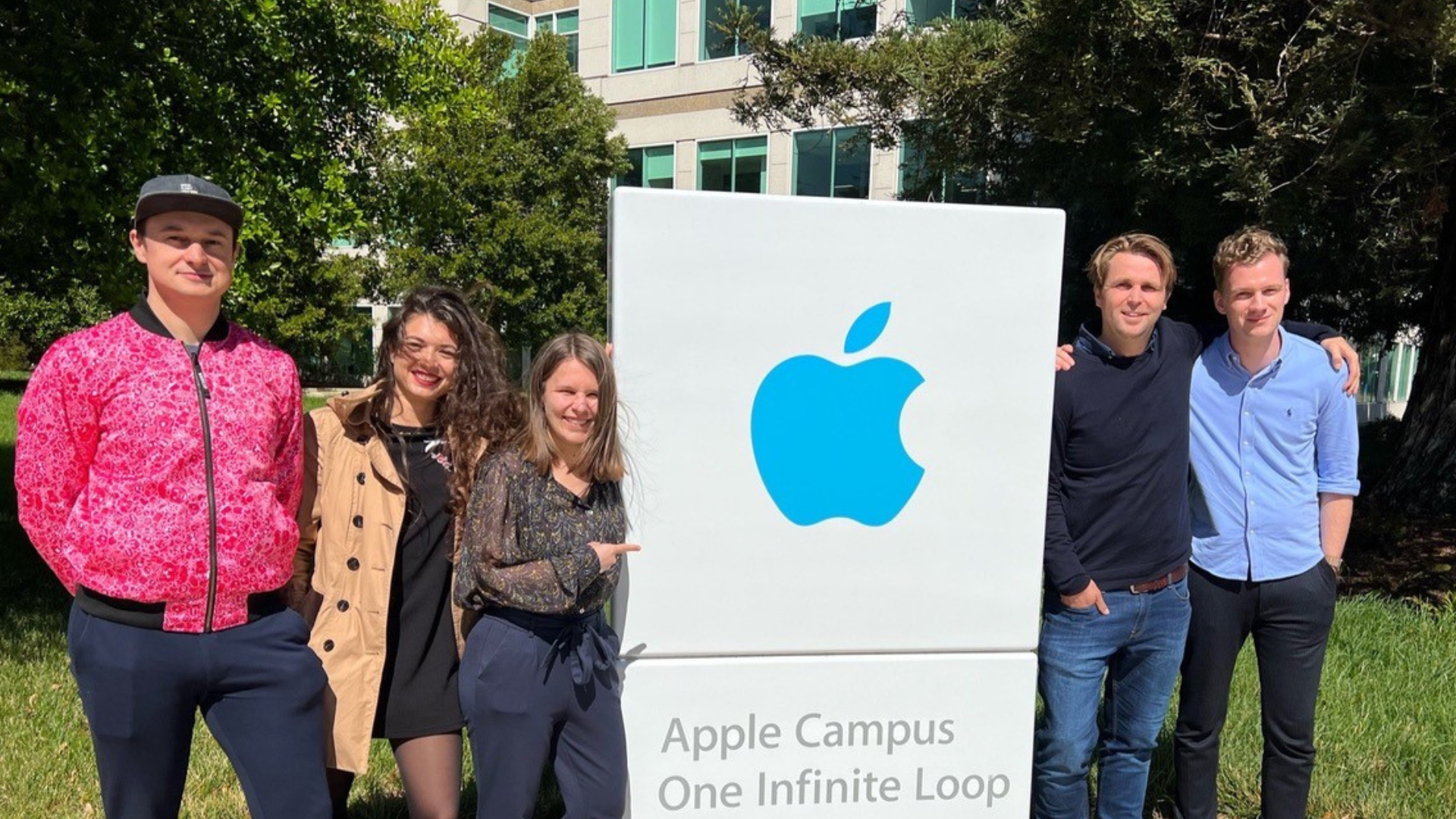 Fe+male Tech Heroes role models #31 - Mayke Ploeger: Landing at Europe’s most valuable Unicorn was ‘the right move for me’

Mayke Ploeger is a Tech Lead Mobile Payments at Adyen, a Dutch payment processing fintech Unicorn. Her team recently made headlines with their new Apple Pay partnership. Mayke holds several science degrees from Utrecht University and has held several positions at Adyen. We discussed her thoughts on women in tech, what makes a good fintech candidate and how she started her software development career Adyen.

With physics, mathematics and nanomaterials degrees, you have an interesting educational background. How did you end up at fintech company?
Well, it’s quite an easy answer actually. I knew at some point during my studies that I was becoming more interested in programming in general, so I wanted to figure out if I actually wanted to do that full-time. As my brother already worked at Adyen, I knew this was the kind of company that could provide such an opportunity. I did a short internship program at Adyen where I worked for two days a week for about three months during my studies. And after that I realized, okay, I love this company, so I asked them, “Do you have a job for me?” And they did! So, it was a matter of just rolling with the opportunities. Since I was still a student, I only worked two days a week, so I couldn't really mess up that much. It was a chance they took on me, and I remember when I interviewed with this person, I basically said to him, “I’m not sure if I have enough experience.” And he said, “Oh, don't worry, you don't. But I'm sure you can learn.”

Adyen was founded in 2006 and a Unicorn by 2015. Did this figure into your career choice? Did you pursue Adyen or did they pursue you?
The actual value or size of the company didn’t influence me at all at the time. When I started my career just after college, I really only had two goals: figure out “Do I want to be a programmer full-time?” And I wanted to work at a fun company   where I would be challenged. But during my studies, I had just not gotten in touch with or researched any companies at that time. That internship [at Adyen] was, for me, also a way to find out if this career path was right for me and to get a taste of working for a company for the first time. So, it was more of a coincidence that I fell into Adyen, this big Unicorn. However, because Adyen was such a fast growing company, I soon realized it was exactly the right environment for me. It was, and still is, the type of company that brings many opportunities for anyone who wants to grow because of its own rapid growth. I think what's interesting is there's a lot of energy going on here. We have a lot of freedom to make decisions, to chase things, and that brings responsibility. But the people working here are ambitious, and they really want to chase those things.

I think what I like most about Adyen is working with people who just want to make the best product they can and to do so with speed. We've been able to greatly expand our product offerings by being the best in certain areas and not focusing on being the cheapest provider.

We’ve done two profiles of your Adyen colleagues for Fe+male Tech Heroes. So, it appears to us to be a diverse corporate culture. From your standpoint, what is it like being a female tech lead at a young company that already has reached $1 billion in net revenue?
I think for a tech company, we generally do well. We have a lot of focus on diversity, though in my opinion, I think we can always improve. There are still meetings where I'm the only woman. But thinking back to about five years ago when I started, I was the only woman who was a C++ developer in the entire company. I really see that changing now, so we’ve improved over the years. Now, I’m leading a team with Ana, an amazing product manager, and in two months, we’ll have four female engineers in our team alone. It's been an amazing ride so far in general. We've grown from just a couple of terminals to hundreds of thousands of active devices. We have so many projects and products and opportunities to work on because we're growing in so many different areas — e-commerce, checkout, bank, issuing, in-person payments – anything you can think of when thinking of payments. And that's just really exciting. 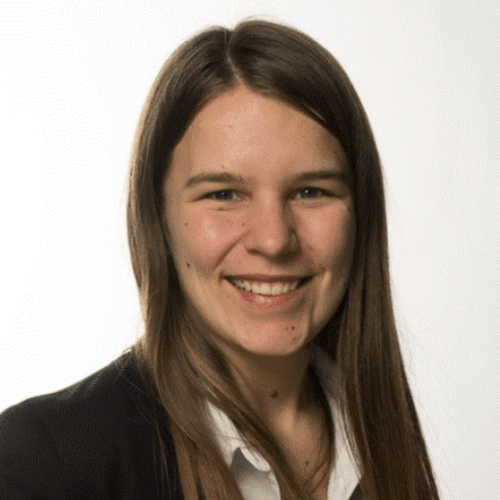 It sounds like they kind of just unleash you with your creativity, and then you come up with these new products.
That is kind of how it feels sometimes, although, of course, there's always demand from the market to answer. Sometimes we get feedback from our merchants on which new products they would like to see, or we get ideas for improvements from them.

But it really is the kind of place where, if you do have a great idea or someone comes with an idea, and you're ready to go, then you just jump on it. Go ahead and make it happen.

You and Adyen have made big news with the Apple Tap-to-Pay deal. Can you talk a little about being one of the people who made this happen?
Well, I cannot share too many details about this process in particular, so I have to be a bit careful here. All I can say is, I’m super proud of what we’ve achieved in such a short period with a very small team. This was really a project in which multiple factors came together to make it a success: a team of great, strongly motivated engineers, the freedom to make quick decisions within Adyen, and of course our previous experience with our traditional payment devices.

How does Tap-to-Pay work? What new features are beneficial for the merchants?
The main benefit is that you really don't need any hardware anymore. Normally, when you pay at a shop, you have large terminals that take up space. They need to be stationed somewhere and they need to be powered. They need to be purchased. And some of these systems are like $700. With Adyen, you can use any iPhone and turn it into a payment device, just like using any app, including the one you use company-wide already. You start the transaction, show it to the shopper and they can pay directly on that phone. So, it's just very simple and there is no need for special hardware. It's cheap if you already have an iPhone, which, especially in the U.S., a lot of people do. Electronic payment culture is different per country. For example, in the Netherlands, I think everyone pays contactless, people are just so used to tapping already; in the U.S., people still have to get used to it. But that's why we also built support for a complimentary device.   With that same app, you can either start the payment transaction contactless, or you can go to the card reader and swipe  or insert your card. 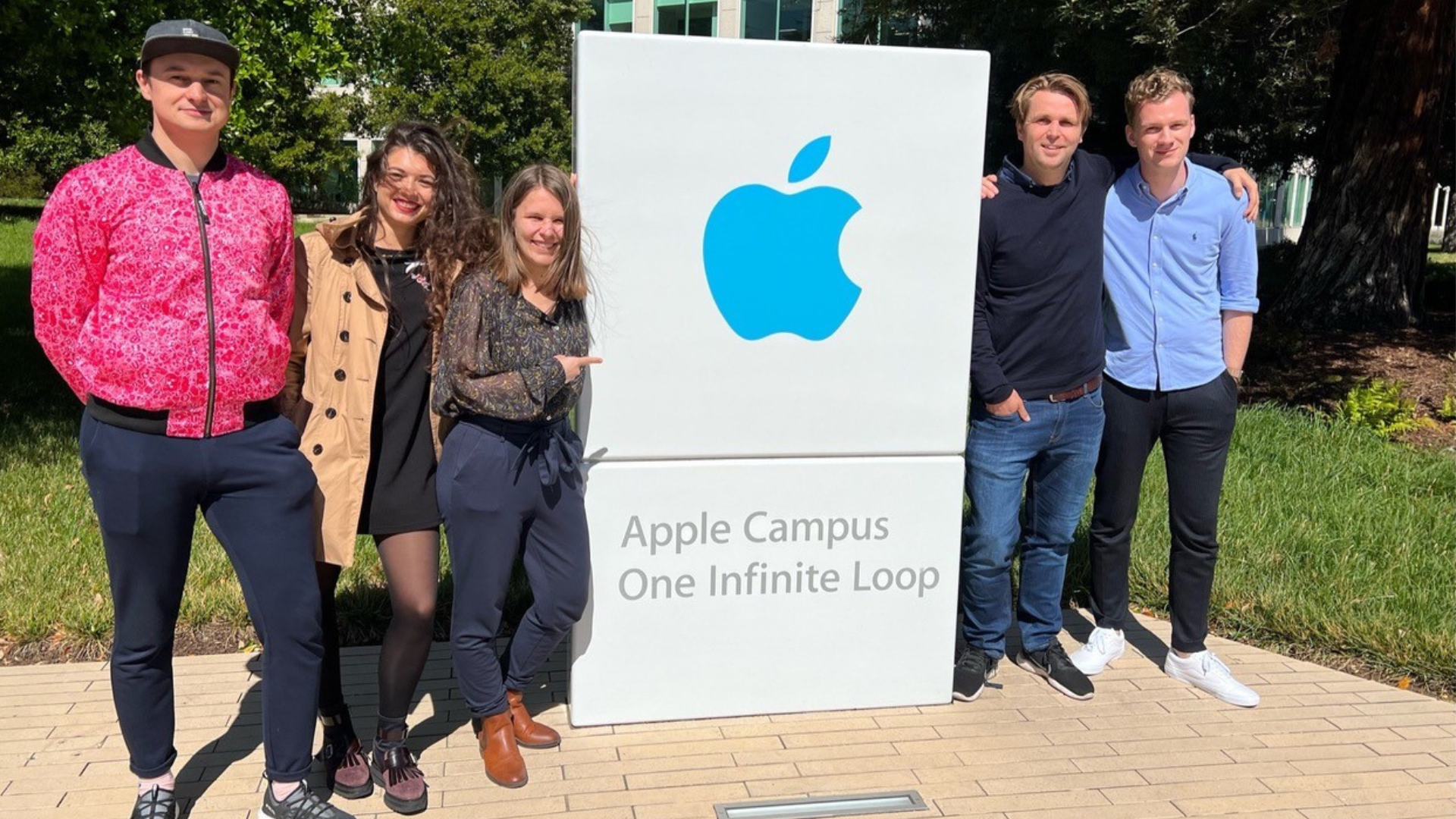 After five years at Adyen – one of Europe’s most successful companies – what is your advice to women aspiring to join entrepreneurial tech companies or startups?
I think what really helped me is, in the beginning, I asked a lot of questions because I came in with no software development experience. While I knew a little bit about C++, I asked everyone how I could do certain things or why my terminal was crashing, and there was just no hesitation on my part. What also helped was my team was very supportive of this type of learning on the job. I never felt like I couldn't ask a question or felt stupid. But feeling safe about asking questions really helped me in the beginning and then, at some point, I could start asking questions like, “Hey, why don't we do this? Or why don't we start improving that?” So, my advice is don't hesitate to ask questions, even though it may feel difficult.

Having these multiple advanced degrees in physics, mathematics, nanomaterials don’t usually add up to software development, yet they hired you right out of university for a programming job. Adyen must have seen something really special in you.
I think what math and physics brought me most is just a way of looking at problems. In software engineering, what I have noticed is some people who are used to only software engineering look at a problem from one perspective, like, “Okay, how are we going to code?” Whereas I usually look at problems from the other way around, like, “Okay, what's the actual issue here? And what should we actually do about it?” And then I think about how to apply the code. I think that could apply to any industry if you analyze the problem and then start looking for the answers. It's a different way of working than classical software engineering problem-solving.

Because anyone can learn any skill, right? But when we hire, we try to see if you can learn first. Of course, when looking for very senior people, you want them to have certain skills as well. But if they're not that senior, can they learn? I don't really care if entry-level candidates know how to do a specific thing, because we can teach them if they’re open to being taught.

Are you part of the team that looks at candidates?
I'm doing hiring as well. I’ve also set up a traineeship for the C++ developers, where we attract the trainees with no real software experience and then we teach them. As fewer women study computer science, this is another way to attract female talent and to improve diversity at Adyen. The first two trainees in the pilot program are women with no software engineering background.  I'm really excited about that because I know it worked out well for me. So, being able to do that for others is really nice.

In the future, do you see yourself working for companies – or starting a company – where you can apply your mathematics/physics/nanomaterials education?
I never look too far in the future. But I always like to stay challenged! I led a different team before this current one, and this has been a really nice challenge because we had to build everything from the ground up. So, once our product is settled in and it's running and maturing, I will jump on either the next project or maybe take my leadership skills further. I really like the leadership path so I might continue to find challenges in that area.

Curious about Fe+male Tech Heroes, and want to be involved in our community? Read more.