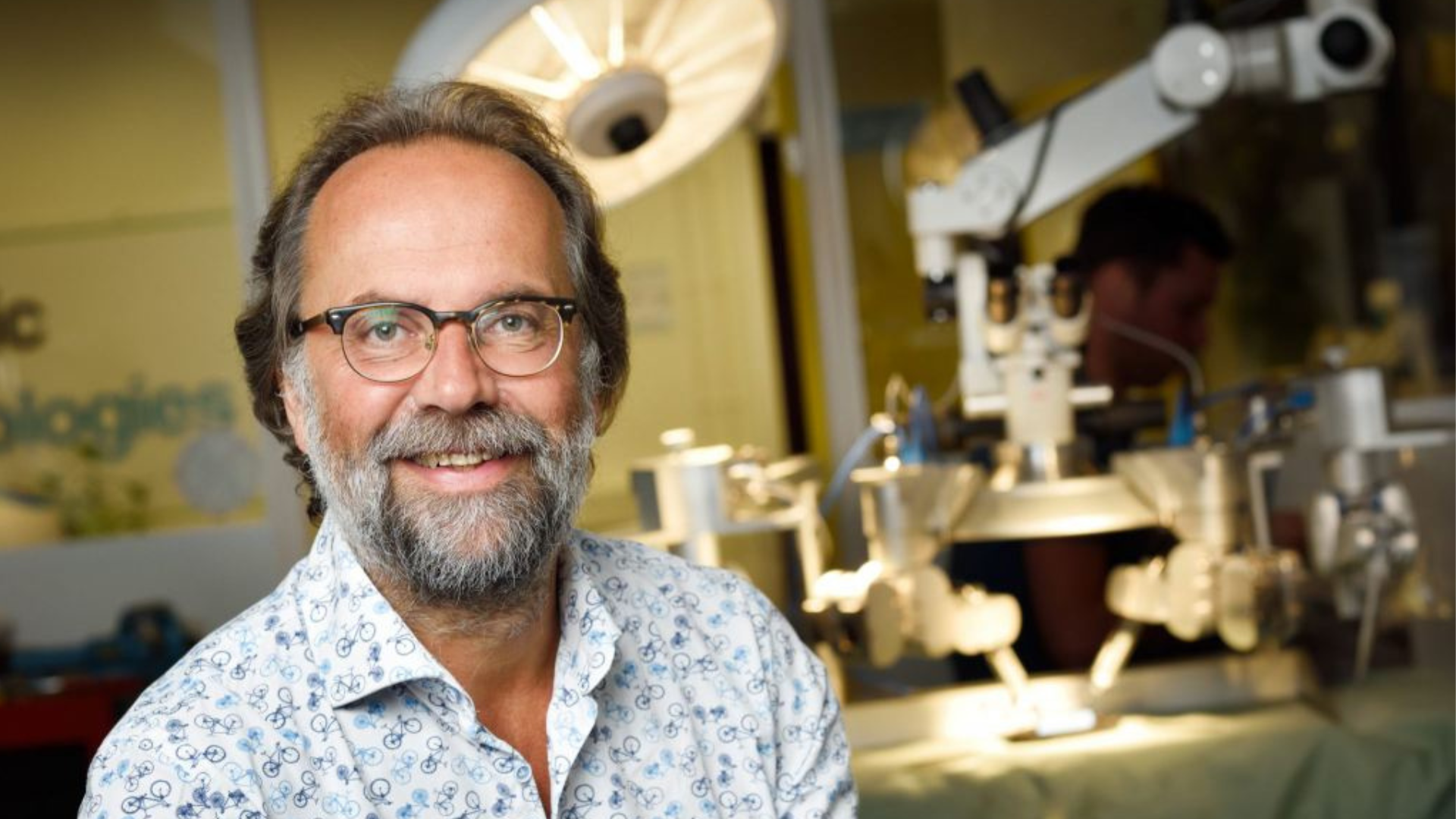 During his long and fabled career in engineering, academic and startups, Maarten Steinbuch has seen a seismic shift of the role of women in technology and academia. And Maarten didn’t watch on the sidelines as a dispassionate observer or a passive advocate for women. He’s leveraged their skills and expertise, recruiting them to the highest levels of education and business.

Maarten’s latest coup is the creation of Eindhoven Engine with Managing Director Katja Pahnke. The tech innovation accelerator at the science park of Technical University of Eindhoven has 200 people involved in advanced projects.

Maarten is most renowned as a pioneer in advanced motion control for the high tech industry, automotive power trains and high precision medical robotics, founding several firms, including Eindhoven Medical Robotics, Microsure and Preceyes. We asked him to draw on his experience as a guide to where we are as women in tech in 2022 and where we’re going.

Women’s place in society is an issue in 2022 and probably will still be an issue in 2052. Because you've been in the engineering and the science world your whole life, is there still a bias? Are there people who still think women can't do math and engineering?
No, in the science world. No, however, it is deeply rooted in our society, especially in the Netherlands. I think it’s very different than, say, Spain or Italy or Eastern Europe, because in The Netherlands, teachers at primary schools still might suggest math is too difficult for you, saying this more often to females than to males, and that is really a pity. I think that has to do with the fact that many school teachers, especially in primary schools, are non-math focused females themselves. And because they are often people who don't like math, they sort of stereotype within their minds that girls don’t like math.

Before the 1950s, it was normal in the Netherlands that females stay at home to look after the family. So, you said “2052, things won’t change.” I hope at that time it will be completely changed. I think Sweden, Norway and Denmark are also already very different and have leaped ahead of us, maybe 10 years ahead, in their thinking, but it will take more than a generation before these old ways of thinking fade out.So, in universities and entrepreneurial environments, no one doubts the qualifications of females compared to males, in any respect. However, there is still a lot of this male-centered thinking, so the culture is still not sufficiently diverse. And unfortunately, there are also still a lot of males in technical and engineering workplace compared to females.

In the tech startup world, is there less bias in attracting females to come in and become co-founders or founders of startups than the bias that may already exist at the university level?
I will say there is a cultural bias, not that there is a bias in terms of people not wanting to hire females. They simply don't think about it if they are in their own male bubble. I don't see any huge difference between university research and the tech scene. Maybe it's worse in the startup scene as males tend to be extroverts and tend to think they are able to do everything. And I know females, although everybody knows they can do as much as males, tend not to talk about their own skills or accomplishments as much.

However, at university we are very conscious about these differences now compared to a few years ago, also because of the strategy and actions of our board. We already have about 25% of females on our staff and, on average, I think about 20% of our students are female, which is a rapidly changing trend. I also experienced this trend first-hand as we now have significantly more females in my own department. Because of that, we expect to attract more female students once they see we're all working well together and we have this different atmosphere. And, as we all know, leadership is benefited by diversity. But still, we have to work at getting more females inside our university at all levels as well as becoming entrepreneurs.

If we hire people, then we try to also have female candidates, and in the end, you try to find the best. And if you're not allowed to hire any males for a certain position, you improve the skills of the organization to find more female candidates. Of course, you have requirements for any job. If they don't meet that requirement, you don't hire them. The females we speak with, in general, are fit for the job. 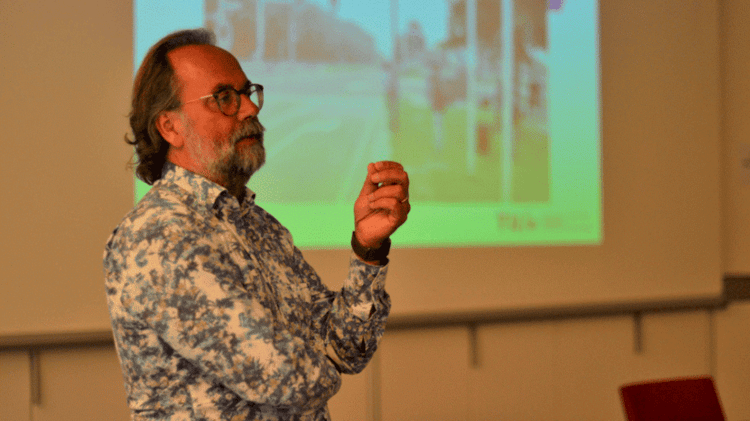 Have you actively mentored women? Or did you choose people just based on merit?
Yes. Both males and females. While they're not directly in my groups, I still coach other people in the organization because that's our role as seniors. Also, as a teacher. If we give a lecture, then of course we try to pass over the flame of inspiration – for science and engineering in general and for our discipline in particular – and for diversity as a way of thinking. As a teacher, that's our ultimate goal, that we want to see those twinkling, inspired eyes.

Yesterday morning, I had a very nice talk with a young female assistant professor in Wageningen, and we had a very deep conversation of almost an hour about how she is feeling about work. And that was not the purpose of the meeting, because we just planned to have a chat about a project. It really feels good because I really think I helped her. And I myself always learn from those conversations; how young people feel different pressures from society, from the organization, etc. It's different now than 30 years ago; things are going faster at a higher pace.

We as full professors are basically chosen for the knowledge we have of our scientific field, but our main responsibility is to be good mentors for younger people, our students, colleagues and employees.

Do you see more female CEOs emerging in the European corporate culture?
Slowly, yes … too slowly. I think that everybody is very aware that we need diversity. We need more females in all positions. You see this at the board level, especially non-Executive Boards, the proportions of male to female are changing rapidly there.

How do you attract females to the technical university system, to the startup ecosystem and into these tech jobs in your region?
I would first ask this question to those females, of course, because they should have the answers to this. In my opinion, we are open to any students who apply for a program here. I think the rest should be done by attracting people to this region, our university, also including the use of role models. In addition, we see a tremendous scale jump for our Brainport region, led by the growth of the high tech industry. In the coming decade, we expect at least 100,000 new jobs in our region. This also means the university needs to grow significantly. If certain conditions are satisfied, like financials and housing in the region, we can commit to this growth.

I'm thinking about new master (MSc) and EngD programs and maybe departments for the future. I would like to define a new master on High Tech Systems Engineering and also one on Opto-Mechatronics. But the plans are just in my head right now so it's not a fully formed idea. But I'm pushing for it!

If we double in the region, we have a huge problem with housing. So, I think there should be a huge program building houses cheaply along with the necessary logistics such as roads and bicycles. That's very important. And of course, if we can then also put attention specifically onto attracting females to come to this region, this can be really helpful.