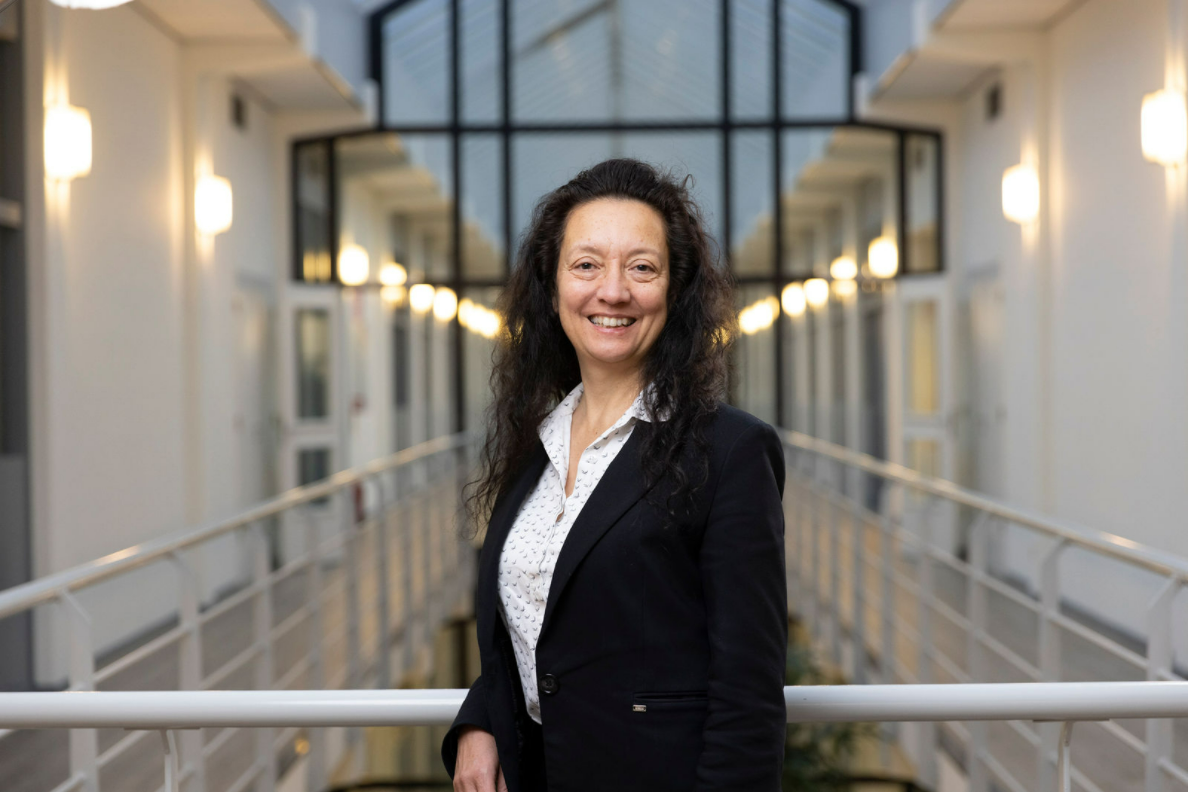 With some amazing feats at the start of her career, Monique Sommer charged into the field of electrical engineering and hasn’t stopped since. She has crafted a niche for herself in this industry, not only with her technical expertise but also by solving organizational problems and fostering mentorship for women in tech.

Monique was the only female in her class at Technical University of Eindhoven, but this has never stopped her. She believes in finding your true calling and promotes the importance of mentorship for both women and men. She strives to encourage these relationships as a way of giving back to others in her field. We sat down to talk about her journey and her advice for others at the start of their career. 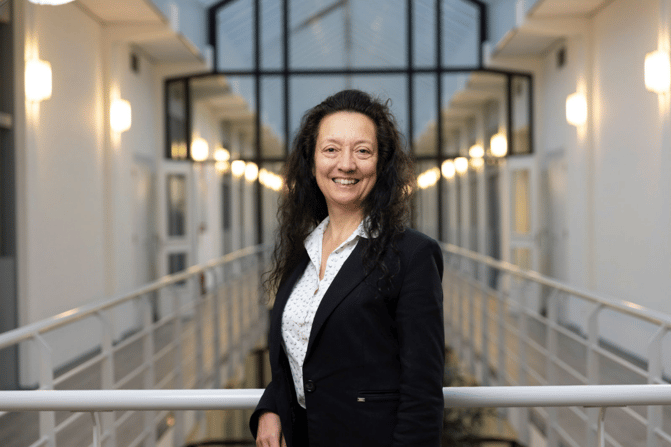 You entered the male-dominated world of tech when you went to university. What was that like?

I went to TU/e for electrical engineering and electronics because I thought, “Oh that's cool.” When I started there on the very first day, we had over 300 students and I was the only female. It's only then that I thought about it. The guys there were also quite surprised. It was a bit of a culture shock both ways.

Were there any other women who joined during the program?

It was a five-year program at that time. There were three women in the whole program. I was one in the first year and there was one in the second year and one in the fourth or fifth year. So, three in total. This was in 1981.

It’s been 40 years. There’s been progress, but why do you think there aren’t more women in the field?

There are more females now in electronics, but we are not the majority by far. Perhaps women are not so familiar with what it is.

That was not a problem for me. Since I was a child, I was really fascinated by technology. When I was six years old, I looked at a flashlight and I was fascinated. You press a button and the light comes on. I thought, “How is this possible?” So, I pulled the whole flashlight apart. There was no light and I was really disappointed. I saw the battery and I thought, “Well, then the secret must be in here.” I was in my bedroom and I took a saw to the battery. I was completely disappointed because there was all this fluffy brown stuff coming out, but still no light. My mother was so mad because the whole bedroom was a mess.

So, that's always been my thought since I was a little girl up until now: “How does it work?”

I also had a friend growing up and she had a chemistry set. We did all the experiments together. We were fascinated. So, for me, it was so obvious to go to university for engineering and it never crossed my mind that this was not something a girl should do.

You must have also had support and encouragement to do that. Was your mom or your dad an engineer?

Yes, my dad was an electrical engineer. He was also my role model. So, I went with him to his job and saw what he did and then we made things together in the shed. And when I got bored, my mom would say “Go make something.” And so, I made all these things.

So, for you, there were no obstacles or barriers to entering a career in engineering.

Only on my first day at the university, I thought, “Hmm, I am the only female here.” I hadn’t thought about that before.

But when I started school, I had no clue what to do for my career. All I knew is that my dream was to be like Marie Curie (the chemist and physicist who discovered radium).

Then, during school, I went for an internship at Philips in England. They were working on the very first mobile phones and had a lot of trouble with it. I was in the lab and saw that they had a specific problem to solve, but I was assigned to another project.

I kept thinking about the problem and in the evenings, I came back and secretly worked on it. Within two or three weeks, I solved that problem – a problem they had been struggling with for two years. I had to confess that I was working on this project in secret.

The project leader got so cross and moody. He didn’t trust me. He asked another intern to go through the program which I did. We went step by step through the things I did and, in the end, it worked. All of a sudden, my solution worked when they had been working for two years on this problem! I have never seen a person switch moods so quickly. Then, he was very happy. And then I could do anything.

My solution was so innovative that I got a patent for it! It was so funny because I didn’t know what a patent was. I mean, I was a student. I didn’t really realize they had filed a patent for it until several years later when a man rang my doorbell. He filed that patent and he needed my signature. It took him quite a while to track me down.

Is this the only patent you have?

No. Later, I started working for the company Océ and I got about 10 more patents.

Sommer is not one to count her patents like trophies. However, the whole experience of the internship at Philips and solving this challenging problem was crucial for the trajectory of her career.

It was then that I found my mission. I wanted to work in research and development, making inventions. It's just fun. With every step, you’re closer to solving the problem. I was an engineer for quite a while doing all these inventions.

I knew that my calling was to go to the essence of a problem and find the best solution. However, I found out it is not only the technical solutions that really resonate with me. Over time, my scope widened to also organizational, interpersonal and managerial issues. Just like there are technical issues to solve, there are also organizational issues with teamwork that need to be solved. I saw problems in the organizations I worked for that needed to be solved, but I didn't have the words to talk about them and I didn't know how to solve them. That’s when I started to do an MBA.

I learned about organization and society just so I could solve those company issues. I wanted to resolve these problems so the engineers could do their work in a better way. I wanted to remove their roadblocks so they could invent and focus on what they know best.

Having been an engineer for so long, it’s nice to be a manager of the inventors because I know what they feel and I know what makes them ring.

Your success started so early and it's catapulted you up the ladder. With every position, you've achieved more and more. You are now a group leader for Mechatronic System Engineering at Demcon, and as of 1 January 2023, you will be Manager Engineering – managing the group leaders. How does it feel now to work for Demcon?

It really resonates with me. I always wanted to work for companies that are good for the world. Demcon wants to make inventions to make the world better. A friend of mine recently said, “Well, this is really the crown of your work.”

What would you tell other women who are younger and making their way through these companies and roles? What would be your best advice to them?

The first thing I would say is to know yourself. With all of my employees, we work on this. I would recommend it to everyone to know who you are. Know your true essence, your passion, your talents and your potential. You need to be aware of that and know what gives you energy.

The other thing I would say is, once you truly know who you are, find a mentor or a coach who can be your mirror. Find an ambassador in your organization who can help you go forth with your career.

You continue to foster a culture of mentorship both inside Demcon, but also outside of the company. Have you learned anything new or surprising from your mentees?

Maybe that mentoring is not always so obvious or automatic for women. I have quite a lot of men who say, “Oh, can you be my mentor?” but not so often with women. I make my own initiative to have one-on-ones with them and then during this one-on-one, they say, “Oh this is nice, can we keep doing this?” But they don't come to me out of their own initiative too often.

Besides your father, who was an electrical engineer, who were your role models?

My very first role model was Marie Curie, of course. When I was 12 or so, I read a biography about her and thought, “This will be my life. Go to a laboratory and do all these inventions.”

Fast forward to when I did my MBA, it was a requirement of the program to look for a mentor. I asked the director of research and development at my company. I think he was happy to do that because he said, “Well, I can also learn from you.” I learned a lot from him about organization and R&D.

See, there again, I did the same as I now see other women do. I didn't seek out a mentor, but the program forced me to do so. Then I found out that mentorship is very helpful. So, I would say to young people, be conscious of all these things. What are you good at? What is your passion? And what do you need? Then seek out a person who can help you.