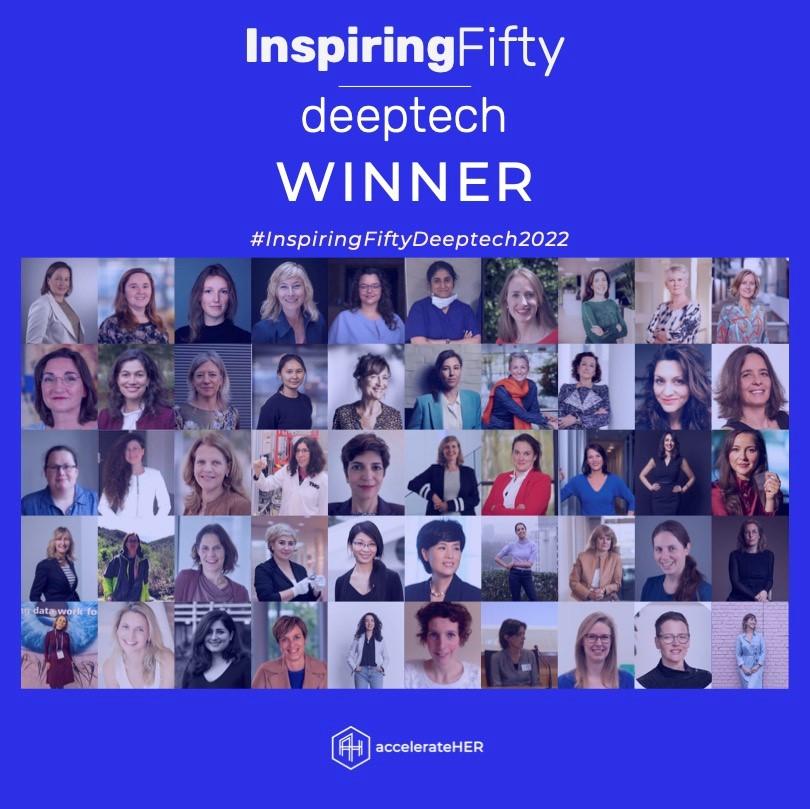 In the latest edition of the InspiringFifty, Deep Tech Benelux+, 50 female role models in deep tech have been awarded. It is a list of inspiring women who work for multinationals such as Philips, TNO and ASML, deep tech start-ups and scale-ups and universities in the Netherlands, Belgium, Germany and the United Kingdom.

"We are organizing this edition to put tech women who make an impact on society in the spotlights," says organizer Yvonne Boesten of HighTechXL, that builds startups from scratch. They set up the election together with Fe+male Tech Heroes and AccelerateHER.

There is a lack of diversity in the tech sector. "Less than 20 percent are women," says Ingelou Stol, founder of Fe+male Tech Heroes, the diversity initiative of the High Tech Campus in Eindhoven. "To change this, role models can make the difference. With this list we put female talent in the spotlight and show what is possible. To inspire, from young to old."

Attracting talent is crucial for companies in the tech world. Diversity plays a major role in this: "Research shows that diverse teams lead to the best innovations, which is essential in a region such as Eindhoven, for example, where companies work on the latest technologies that will change the world." says Boesten. You want every talent to feel at home here."

This InspiringFifty list revolves around talent in 'deep tech', best described as the most advanced technologies being developed. They are key technologies that enable important scientific progress and solutions to societal challenges.

Of the 90 nominated women, 37 come from the Netherlands, 11 from Belgium, 1 from Germany and 1 from the United Kingdom.

The list of all winners can be found here.

A distinguished jury scored the nominees, including:

An award show was originally planned for December 2021, but it has been postponed due to the current Covid measures in the Netherlands. The organization will announce a new date in the spring of 2022.