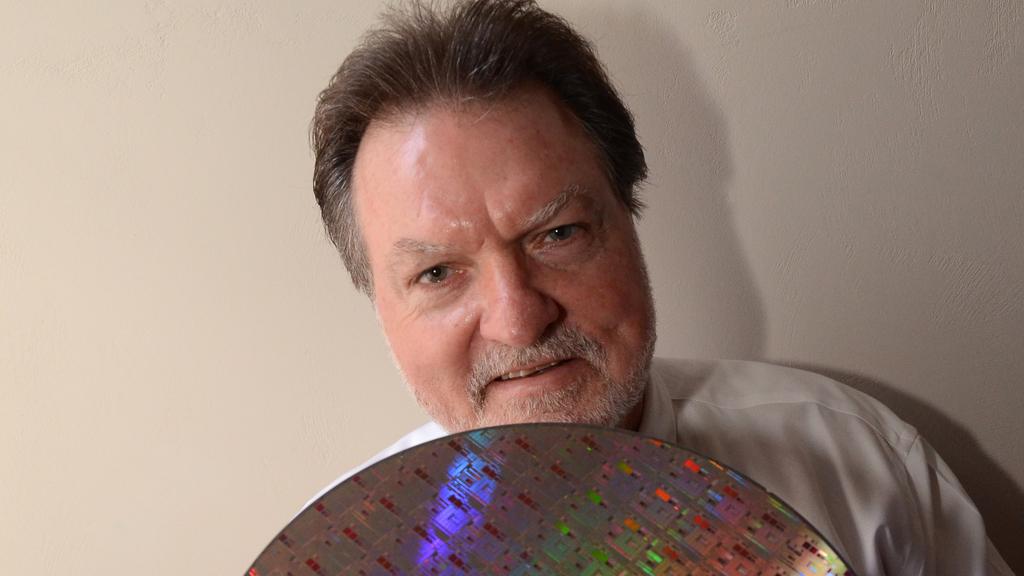 Dan Holladay is executive director of operations and technology programs at BRIDG, an open innovation platform for the semiconductor industry based in the US. Last year he signed a partnership with PhotonDelta in Eindhoven to exchange knowledge, skills and talent in photonics and semiconductor technology.

Holladay has great hope for photonics to bring the world into the ‘terabit era’ when sensors will be infinitely cheaper and higher resolution than they are now. “Think Star Trek or the Jetsons,” he says. “It’s going to be real science fiction.”

On the 26th of September Dan Holladay will speak at the Photonics Integration Conference at High Tech Campus Eindhoven about how innovation platforms can help scale up manufacturing in photonics.

How is photonics going to change technology?
"Photonics will produce new sensor technologies that are needed to enable breakthroughs in fields like robotics, health care, autonomous systems like driverless cars, and food quality. Once photonics devices are integrated and apps are written around them, that’s what’s really going to grow the Internet of Things.”

Would you say the Dutch lead in photonics is still strong?
“I do feel the Dutch lead is presently pretty solid. But I always say that knowledge shared is power multiplied. So the more we can collaborate, the stronger both the US and The Netherlands are going to be for the decades to come.”

What has been the result of your collaboration with PhotonDelta so far?
“It started out with an exchange of intelligence around the challenges we face and the best ways to address them. There’s been a lot of interesting discussion about smart agriculture, which is big both here in Florida and in The Netherlands. As our US facility is now finished we expect to get more into the exchange of talent, interns and interfacing between companies. As time goes on this will grow into product based development.”

You’ve been working together with Dutch engineers for over 30 years. As an American, what has been your experience with the Dutch?
“I respect them as maybe the world’s best innovators. They build the most advanced equipment in the world. And they’re great people to work with.”

To many people photonics is an unfamiliar field. What do CEO’s say when you speak to them about it?
“They say ‘educate us, tell us more.’ It’s amazing how little they understand about what’s really going on. We’re still in that phase of educating. But if companies get on board now they will have a competitive advantage in the future. That’s what public-private collaboration is all about, building the right platforms and infrastructures that enable the companies that participate to have a competitive advantage.”

Are the Googles and Facebooks of the world aware of photonics?
“I doubt that they’re aware of the potential. They want others to develop things and bring it to them, so they can implement it. ‘Tell me when I can test it and I’ll put it into production.’ But are they down in the lab, understanding exactly where they need to be pushing? No.”

Should they be?
“They should. I’ve learned this from the US government contractors like the Lockheed Martins of the world. In the past they were system integrators. They only bought what was on the shelf, and integrated that into their technologies. But now they’re realizing that they can’t just wait for their supply chain to evolve. They know they need to better understand technologies and drive their supply chain to deliver them these technologies first.”

What is the most thrilling development in the photonics field right now?
“One is putting III-V materials on silicon, so we can integrate better. Another is being able to automate the integration of a photonics device into a silicon device, like putting the lasers on the chips. Either integrate them into the chip or interconnect them to the chip with an automated technology.”

Which area’s is photonics going to impact first?
“Aerospace and defence are big, but robotics and autonomous systems are critical. For robotics to really become more widely introduced, they need better sensors and armatures. And I’m really passionate about health care. There are so many opportunities in the imaging world to better detect and treat cancers, to spot diseases earlier, to do robotic surgeries, you name it.”

Will photonics make health care cheaper?
“Oh yes. You can detect illnesses early, measure the impact of treatments… all of those things are going to reduce the cost and improve the quality of health care. It’s sad to see these technologies have the capability, but aren’t getting accelerated quicker.”

What are the main challenges that still need to be overcome?
“One is being able to improve the imaging systems. The resolution of imagers is about 25% of the human eye. That needs to be improved tremendously. Packaging - making and integrating lasers into an integrated circuit - is another major problem. It amounts to more than half the cost and it’s still very slow.”

Could you paint a picture of what our world would look like when photonics has really broken through?
“I don’t think we can even envision what it’s going to look like. If you want to get a feel for it, look at Star Trek or the Jetsons. It’s going to be real science fiction.”

Dan Holladay will be one of the keynote speakers at the third edition of the Photonic Integration Conference, September 26th at High Tech Campus Eindhoven.