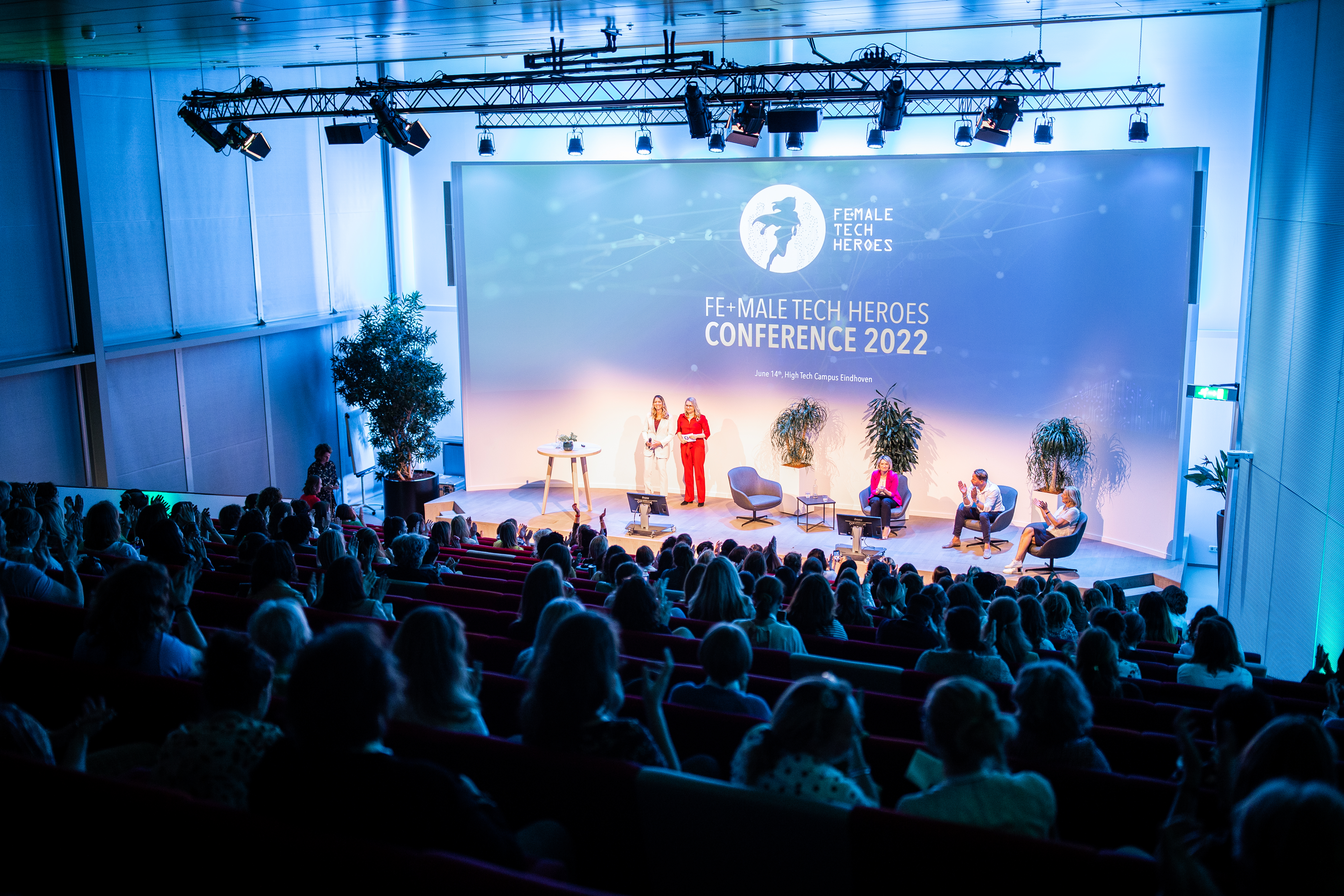 At its essence, Fe+male Tech Heroes is about bringing together, then connecting, women (and men) in the Dutch tech ecosystem. So, with the end of the pandemic and the return of live events, 2022 is High Tech Campus’s break-out year. About 500 people registered for Fe+male Tech Heroes Conference 2022 at HTCE’s Conference Center. The full day of events included morning keynotes, seven parallel workshops, interviews and a panel discussion.  There were sold-out workshops and a full house for keynote speakers, interviews and a panel discussion for the first FTH in-person conference on Campus since 2019.

Curious about the keynotes and panels? You can now also watch the recording of the conference.

"It was fantastic to bring our network together again", says co-founder Ingelou Stol. It was a day focused on unity of purpose, and that purpose-driven theme for the 2022 event was “Shaping Our Future.” Morning keynote speakers included Nazanin Shafiee, Business Development Manager at SMART Photonics and Bei Wang, CMO of Straight Fire, who schooled the crowd on the Metaverse: where “humanity and technology co-exist, a way to blend the physical and digital worlds.” Wang offered some sage advice for parents: “Sure, limit your kids’ screen time and time in the metaverse. But they are already growing up in this space, so try to understand them and learn from them.” 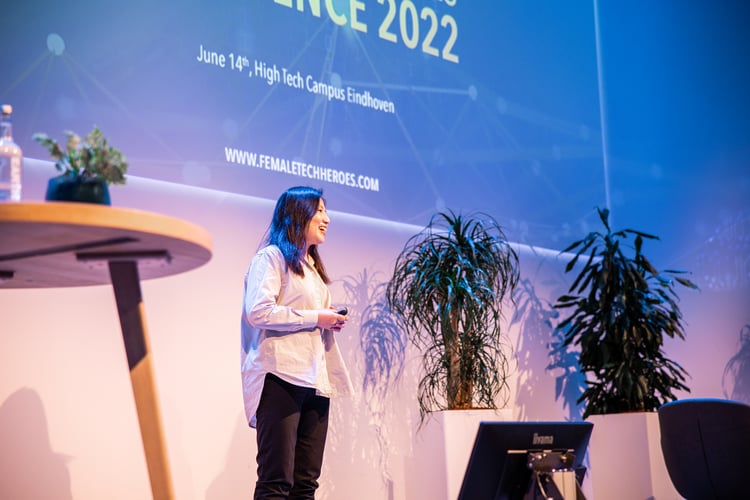 The morning continued with an onstage interview with Isabel Moll, Vice President of Dell Netherlands, about how to attract more women to IT, and their pilot to create new part-time jobs to battle the staff shortage in IT. Since the pilot started in April, Moll has already hired her first part-time talent: a woman who also owns a startup, for two days a week. Without the pilot, she would never have applied to Dell.

Before lunch, Annemarie de Jong of Solar Monkey Netherlands told the public to quit their job. Okay, it was a little more nuanced. Annemarie challenged the audience to make more choices in their life. A lively, inspiring and impressive performance by De Jong. 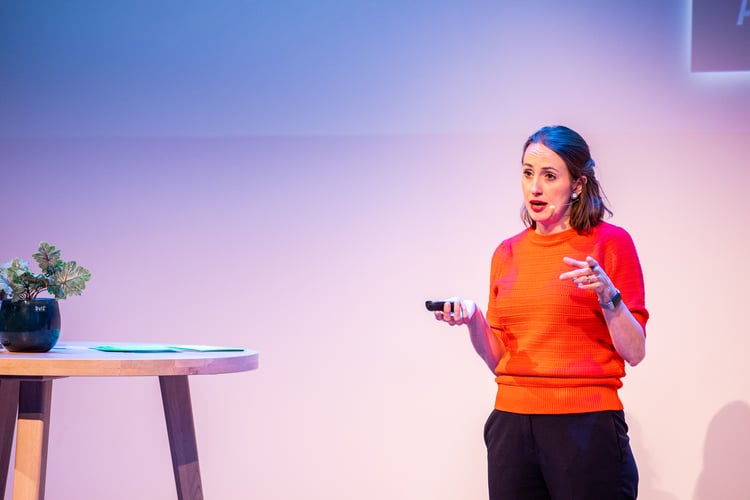 Attendees could choose only one of seven interactive workshops in the afternoon. One was full before the first morning keynote while others were nearly full at the mid-morning break.

Esther Peeks, Team Dynamics Coach and head of HR at HighTechXL, led “How inclusion helps your team to reach for the stars,” and talked about how diversity works at the Netherlands’ only deep-tech venture builder. At HighTechXL small startup teams explore and develop solutions that solve big problems for the global marketplace. “Given that, they need all the insights and all the opinions and all the ideas of every team member. That’s why I think it’s so important to spend time on inclusion to make that really work,” said Esther. 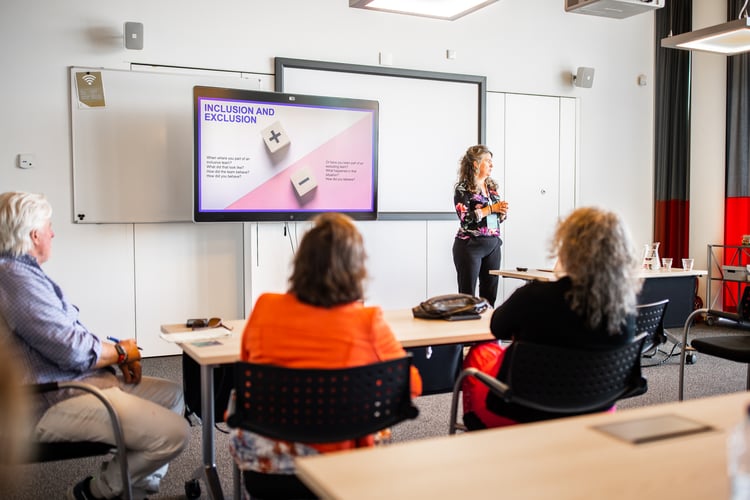 Participant Annemarie Buddemeijer, Senior Project Manager at Sioux Technologies, said she sees the shift toward great inclusion “sinking in slowly.” Yes, Buddemeijer said, there’s pushback “and it’s really hard to change how people think.” But the shift to greater inclusion is a fact of life at her company.

ASML’s Moyra McManus and Serena Caracchi led the “sold-out” workshop “Design Thinking to tackle the wicked problems of life.” The room was buzzing when they told attendees to identify a problem in their lives. Attendees worked with their tablemates to come up with solutions for the problem using Design Thinking methods, such as prototyping.  It was women (and one man) recognizing in themselves and each other problems or challenges, using the methods given to them to quickly come up with solutions, like in real life … and in the real tech world. The workshop could have lasted well into the evening had there not been time constraints.

Following the workshops was an interview with Dr. Angela Maas titled “A Lifetime of Fighting for the Woman’s Heart.” Maas is one of the Netherlands’ most influential cardiologists, and the interview was a crowd favorite. In that dynamic, wide-ranging talk, moderated by Stol, Maas told the crowd how women have transformed a world once dominated by men. Dr. Maas has worked her entire career to improve gender equality in healthcare. “The differences between men and women in cardiology are huge,” said Maas. 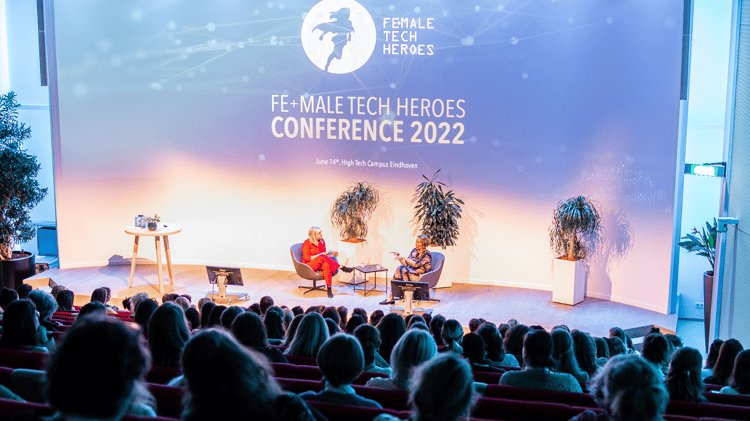 Angela Maas, one of the most influential doctors in Dutch healthcare

Maas recounted a lifetime of pushing women’s health issues and concerns to the center of a healthcare system not always open to change. In the 1970s, cardiologists were taught the cause of men’s heart attacks was women “because they were so demanding,” she said. One woman in the crowd said sotto voce, “It’s the other way around.”

Sex and gender play a role in selecting the correct medications, she noted, and her work as a heart specialist included research into how the hormone estrogen affects women’s cardiovascular systems. Maas emphasized that women have made their mark and they didn’t do it sitting quietly off to the side.

A panel discussion on the power of networking followed Maas’ talk, with three prominent tech players – entrepreneur Guus Frericks, financier and entrepreneur Simone Brummelhuis and Organon’s Beata Wandachowicz-Krason. Frericks, managing partner at venture fund DeepTechXL, discussed how important his network – dating back to his days as Philips vice president – was both for founding venture builder HighTechXL and for raising his new 100 million fund, DeepTechXL. Both are based at High Tech Campus Eindhoven. “If you can mobilize a network, you can realize your dream,” he said. Brummelhuis, fund director and partner at Borski Fund, which focuses on female-led teams, noted that “No one has no network.” She recommended that women think about all their connections, make a list and then realize the scope of their networks.

Attendees put the panel’s networking advice into practice after the event with drinks, borrel and music outside the Conference Center.

“What I found different about today was everyone was so excited to be here in person,” said attendee Cheryl Boyd, adding she met many who had never been to a FTH event. Ariel Slaughter traveled from Den Haag, and Sylvia ten Houten traveled from Amsterdam, for example. “It took a bit of effort to get here, but they were so happy they came.” They came for the networking, to meet other men and women in the tech world. They came to learn. They came for the inspiration to shape their own futures.

It was a good day. 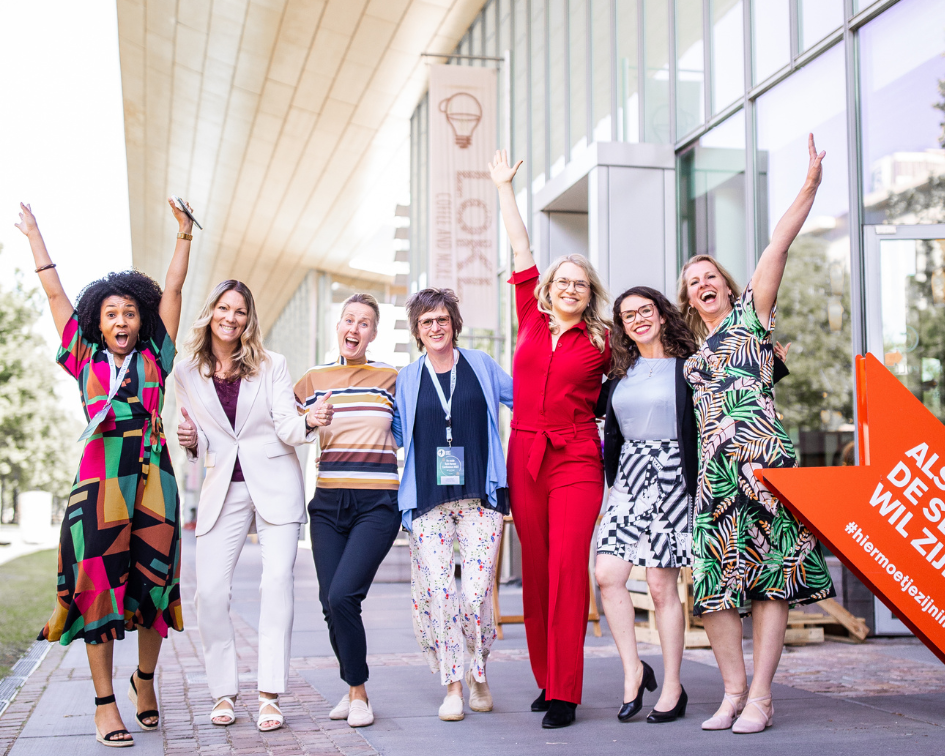